(Kitco News) - Investor sentiment in silver is it at historical lows, but one analyst remains optimistic that the metal’s industrial applications can help turn the market’s fortunes around. 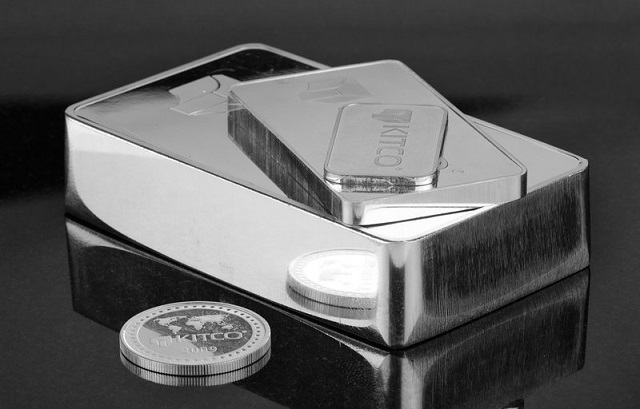 “Industrial demand, leading to tighter market conditions in future, ought to provide a solid underpinning to silver prices – perhaps allowing silver to catch up a little against gold and to shine in its own right,” he said.

Butler’s comments come as the latest trade data from the Commodity Futures Trading Commission shows fund managers recently established their largest net bearish position in silver on record. Negative investor sentiment can also be seen in the gold/silver ratio which continues to hover near a multi-year high around 80 points, according to prices on Kitco.com.

Despite all this bearish sentiment, Butler sees the potential for the metal in 2018.

In his official LBMA price forecast, Butler sees silver prices rising to a high of $19 an ounce this year and averaging 2018 around $17.90 an ounce. His upside price target for the year would represent a 13% increase from current prices. May silver futures last traded at $16.785 an ounce, a one-week high.

“Silver could benefit from the same broadly supportive macroeconomic conditions as gold. Provided Treasury yields creep up relatively slowly and are balanced to a degree by rising inflation, and the US dollar environment remains fairly benign,” he said.

The most significant driver for silver will come from its industrial usage, he said, with solar power expected to be a significant source of demand.

“Demand for silver in the solar PV sector is expected to be responsible for a record 100 Moz of silver offtake this year globally as manufacturing capacity is expanded globally and solar power generation becomes more cost competitive against conventional sources,” he said.

Butler added that silver’s strong conductive properties also make it a choice metal in the ongoing electrification of the auto sector.

“Generally speaking, the more autonomous the vehicle control system becomes, the more sensors and electrical circuits that are required. Although the quantity of silver per sensor is tiny, the proliferation of sensors on each vehicle, plus the projected uptake of such vehicles in the future bodes well for physical silver demand,” he said.