'Excitement' At PDAC Points To A 'Renaissance' In The Mining Sector

(Kitco News) - The World’s famous mining gathering in Toronto revealed a clear reversal in the industry, as participants filled the convention halls with cheerful outlooks, renewed interest, and hope. 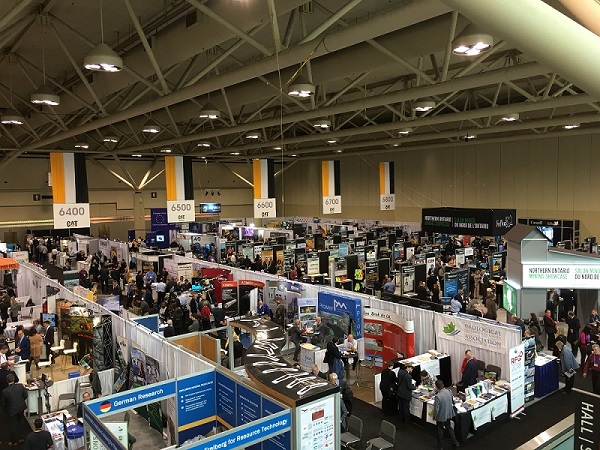 The Prospectors and Developers Association of Canada (PDAC) was attended by over 25,000 people this year, beating last year’s total of 24,000.

“This year’s convention was full of energy and excitement for the year ahead,” PDAC President Glenn Mullan said in a press release published on Wednesday. “After experiencing several years of economic challenges, today the mineral exploration and mining industry is experiencing a renaissance and renewed sense of confidence.”

The hype was definitely on during the four-day conference, as sold-out exhibitor spaces filled the massive halls of the Metro Convention Centre and analysts preached optimism at standing-room-only panel discussions.

Kitco News talked to some of the participating mining companies in order to get the sense of the overall market sentiment. What our team heard was cautious optimism and excitement about the future.

“Investors are slowly regaining confidence in mining. Maybe specifically so in precious metals, but not inclusively. And the reason behind it is that mines are accepting the new normal, they are adjusting to new cost spaces and new metal prices. Higher focus on transparency and productivity is causing investors to trust mining companies with their funds,” said Mine PR’s vice president of marketing Empie Strydom.

The metals that were talked about the most were gold and copper.

“Precious metals have a bright future this year. We certainly have seen an increase in interest overall and not just in precious metals. Copper seems like the real flavor of the year,” said K92 Mining’s vice president of exploration Chris Muller.

But, some expressed firm belief in other metals like uranium.

“Both uranium and rare earths prices have higher to go. Even a $5 increase in uranium leads to a 20% increase,” said Appia Energy Corp’s vice president of exploration and development James Sykes.

Despite the renewed optimism all around, the lean years of yesterday were still fresh in everyone's minds.

“We’ve had about five years when there was no money at all and the juniors were dying. And this year we are seeing some comeback. There is a trickle of money, with producers interested in grassroots,” said Gold Mining Claims For Option’s geologist Donald Brown.

Kitco News was on the ground in Toronto this week, providing our readers live updates and in-depth interviews with leading experts.

Stay tuned for more footage from the conference, including an evening dedicated to celebrating silver at Toronto’s Ripley Aquarium.

Also, don’t forget to check out Kitco’s top ten highlights from the convention.

#PDAC2018 is celebrating #silver tonight at the 4th Annual Silver Reception at Ripley's Aquarium | Stay tuned for footage from the event | @the_PDAC | pic.twitter.com/Y1v6aJoEmX