(Kitco News) - The outlook for gold demand in China, which has become the largest gold-buying nation in the world, is “healthy,” says Metals Focus. 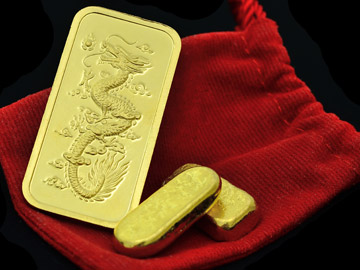 Analysts look for growth in both jewelry buying and purchases of physical metal for investment purposes.

The country accounted for 646.9 tonnes of gold-jewelry demand in 2017, an annual gain of 3% and outpacing No. 2 gold buyer India at 562.7 tonnes, according to the World Gold Council’s quarterly demand trends report, for which Metals Focus compiles the data. Chinese purchases of gold bars and coins rose 8% in 2017 to 306.4 tonnes, also the most in the world ahead of India’s 164.2.

“Early feedback from our contacts following the Lunar New Year holidays in China paints a positive picture for local jewelry consumption,” the consultancy said in a report released Tuesday. “This lends yet more confidence to our view that the jewelry market in the country bottomed out in 2016 and is undergoing a modest recovery. This stance also mirrors an optimistic general market consensus on the sector.”

Retailers have been replenishing inventories after the holiday-buying season, Metals Focus said.

“The main driver behind this promising turnaround has been the improving Chinese economy and its positive impact on consumer sentiment,” Metals Focus said. “Importantly, the recovery of the past 12 months is seen as sustainable, in the sense that demand is now stimulated by designs and gifting occasions, rather than the bargain hunting that fueled the 2013 spike.”

Meanwhile, gold-bar sales in 2017 posted their third consecutive annual increase and are expected to rise another 6% for the remainder of this year, the consultancy reported.

“There was a growing interest for gold from sophisticated, often high-net worth investors looking at gold as a portfolio diversifier,” Metals Focus said. “Demand from this group has tended to spike either after a price correction or during periods of rising concerns towards Chinese currency weakness.

“Another important factor behind the strength of investment demand is the lack of alternative investment assets; the Chinese government extended property-purchase restrictions to more cities throughout 2017, while the stock market has still not entered a bull market.”