Editor's Note: Gold and silver have been, at best, a frustrating trade. Exclusive to Kitco News, expert trader, Todd "Bubba" Horwitz, chief market strategist and founder of 'Bubba Trading provides a strategy investors can use in a range-bound gold price environment. Sign up before March 10 for the Kitco News Weekly Rundown newsletter to receive Horwitz's exclusive report and trading strategy. 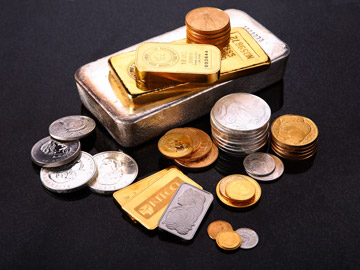 (Kitco News) - Bitcoin can never replace or even compete with gold, as each asset serves a completely different purpose, founder of Goldmoney Josh Crumb told Kitco News on the sidelines of the Prospectors and Developers Association of Canada (PDAC).

Despite some fundamental differences between the two investments, there is still a clear connection between the two — they are both something that a trader can own outside the banking system.

“They are not just a contract, they are essentially a commodity,” Crumb pointed out.

Important to keep in mind that despite being pitted against each other, bitcoin is not competing with gold.

The competition angle comes in only when a trader is interested in speculative assets, which usually means that the investor is not considering gold in the first place, Crumb said.

The only market cryptocurrencies are competing with is speculative investment, which could be things like silver coins or certain forms of gambling, Crumb added.

Where Will Gold And Bitcoin Prices Go From Here?

Gold is seen as a stable investment, trading firmly above $1,300 since the beginning of this year. Bitcoin, in comparison, has dropped from its December peak of around $20,000 to about $9,000 in March.

“In terms of predicting bitcoin prices — we have no idea where they are heading. Bitcoin could be $1,000 or it could be $25,000 and neither would surprise me at this point because it is so new,” Crumb said.

On the other hand, analysis for gold is much clearer. The main things to look at, according to Crumb, are real interest rates and energy prices.

“Real interest rates determine the demand for gold. We had really flat interest rates for a long time and then they dropped to negative rates, which is why gold spiked,” he said. “The other part of this is energy. It determines the price of gold and ability to mine it.”

For there to be a big move in gold, markets would need to see either a significant change in the U.S. inflation outlook or energy supply, Crumb noted.

On top of that, the Federal Reserve is behind the curve with its planned rate hikes, Crumb explained, adding that the Fed’s balance sheet reduction could also pose a major problem.

“They keep telling us not to worry about the balance sheet reduction. But, if we get inflation of 4%-5%, they’ll have a serious problem selling their bonds at a profit to what they bought them for, which could create real inflationary problems.”

In an exclusive report for Kitco News, Todd 'Bubba' Horwitz (@Bubba_Trading) provides his insights ?? into the gold ?? market and gives investors a strategy ?? they can use to profit in a range-bound marketplace

The thrill-seekers betting on bitcoin in the near-term need to watch out for some potential pitfalls, including the cryptocurrency’s future utility, new regulations and freedom of use, said Crumb.

“For bitcoin, the challenge is still technological — scaling, regulatory and getting people to think there’ll be enough capacity to use it everywhere in the world. Those are the big issues to resolve before bitcoin can go up again.”

For prices to keep going up, bitcoin will need to develop a utility, Crumb said, warning that so far people have been buying the cryptocurrency to make money and not because they found a use for it.

“I try to understand what is utility versus the cost. Gold is a good store of value — it’s the thing you can always count on to be there. And right now, bitcoin is too new to know if we can count on it,” he stated.