Larry Kudlow Recommends Selling Gold And Buying 'King Dollar;' Analysts Not So Much 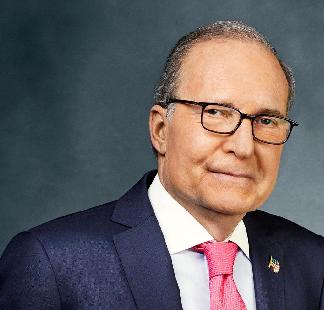 In an interview with CNBC Wednesday, Kudlow said that he supports a strong U.S. dollar policy adding, “I would buy King Dollar and I would sell gold.”

Looking at the U.S. dollar, Kudlow said that a great country needs a strong currency.

“I'm not saying the dollar has to go up 30%, I'm just saying let the rest of the world know that we are going to keep the world's international reserve currency steady," Kudlow said in the interview. "That creates confidence at home."

Gold prices remain weak as the market digests the comments. April gold futures last traded at $1,318.90 an ounce, down 0.51% on the day.

However, analysts are not completley convinced gold investors should take Kudlow’s comments to heart.

Colin Hamilton, Managing Director of Commodities Research at BMO Capital Markets said in a report that Kudlow’s comments on gold and the U.S. dollar don’t come as much as a surprise and he added that the bullish rhetoric will only have a short-term impact on U.S. dollar strength.

“BMO’s FX Strategy team thinks that he will increase rhetoric for a stronger USD over the coming months, which FX markets may initially react to, but that any honeymoon phase would last only 12 months,” he said.

Hamilton added that ultimately, growing government deficits will have a long-term bearish implication on the greenback, which would be supportive for gold.

Colin Cieszynski, chief market strategist at SIA Wealth Management, said that he is paying little attention to what Kudlow has to say about gold and the U.S. dollar. He added that comments from new Federal Reserve Chair Jerome Powell will have more impact on the two markets.

“U.S. government officials have a habit of talking up the U.S. dollar while letting it weaken, to help them on trade,” he said. “If the U.S. dollar goes up it will be because of fundamental factors rather than anything that the administration has to say.”

In the near-term Cieszynski, said that gold could continue to fall, and eventually test support at $1,300 an ounce ahead of next week’s Federal Reserve monetary policy decision. He added that Powell is unlikely to strike a dovish tone.

“The Federal Reserve is going to raise its forecasts next week and that is going to support the U.S. dollar,” he said.

Ryan McKay, commodity strategist at TD Securities, said that his firm is also paying more attention to the Federal Reserve rather than the Trump Administration. He added that TDS expects that gold prices could continue to fall next week but eventually pushes higher in the second half of the year.

“We think it is unlikely the Federal Reserve will be able to hike rates aggressively this year and that will support gold prices,” he said.