(Kitco News) - Some gold investors were dealt a blow Wednesday, losing what could be a major ally, after famed Hedge Fund owner John Paulson has removed client capital from his gold funds. 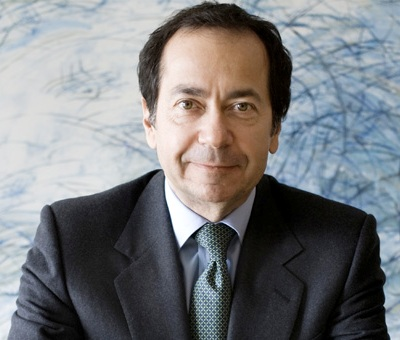 According to Bloomberg, Paulson & Co. has returned client capital that was invested in its gold and special situation hedge funds. The move comes after the firm has seen its assets plunge by almost $30 billion in the last four years – most of that is Paulson’s personal fortune.

“We are rightsizing the firm to focus on our core expertise in areas that are growing,” according to recent statement Friday from the hedge fund, quoted by Bloomberg.

Paulson is known for being a significant gold bug. Last month, trading data filed with the Securities and Trading Commission showed that the hedge fund held 4.36 million shares in SPDR Gold as of the end of the fourth quarter, which was unchanged from the third quarter.

Gold investors will have to wait and see how the fund’s latest announcement has impacted its gold holdings. Under SEC rules, investment firms have 45 days after the end of the quarter to update their list of investment holdings.

Last September, at the Denver Gold Forum, the firm advocated for the creation of an investor-led coalition to address the sector’s “dreadful” performance.

“If we don’t do anything to change, then as investors we will continually be disappointed with shareholder returns and the industry will slowly dig itself into a hole of irrelevance and oblivion,” said Paulson & Co partner Marcelo Kim to a packed room during the conference last year.