(Kitco News) - Large speculators slashed their bullish exposure to gold by 18% in the latest weekly data compiled by the Commodity Futures Trading Commission, but the next round of figures is likely to show that bulls have regained their footing after the late-week price rally. 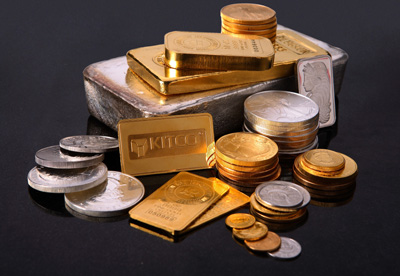 The data showed a record level of bearish positioning in silver, although this is also likely to have been scaled back by short covering, analysts said. Short covering is when traders buy to offset bearish, or short, positions.

During the week-long period to March 20 covered by the most recent report, Comex April gold fell to $15.90 to $1,310.90 an ounce, while May silver fell 41.5 cents to $16.18. This came ahead of a meeting of the Federal Open Market Committee, with the metals showing a tendency in recent years to ease ahead of expected Fed rate hikes. Policymakers in fact did hike the Federal funds rate by another 25 basis points.

Since, however, April gold has risen to as high as $1,351.20 so far Monday, while May silver climbed as high as $16.675 on Friday. This led to expectations that the next round of CFTC data, for the week through March 27, will show gold bullish positioning increased again.

“After a week in which Comex net-long futures positions fell to the lowest since late 2017, there is likely to have been a substantial change in investor positioning – with some short covering perhaps combined with new longs,” said Jonathan Butler, precious-metals strategist with Mitsubishi.

The price recovery started in the middle of last week when the Federal Reserve was not as hawkish as feared following a monetary policy meeting. The rally got another catalyst during the final two days of the week on increased worries about a trade war between the U.S. and China.

The post-Fed rally began when market participants saw that the Fed’s so-called dot-plot showed that policymakers still expect only three rate hikes in 2018, while “economic projections showed evidence of a willingness to allow inflation to overshoot,” said strategists at TD Securities. “This suggests the Fed will opt to follow a ‘go-slow’ approach to increasing rates, and along with equity market and trade fears, likely convinced specs to add back length across the precious-metals complex.”

The CFTC’s “disaggregated” report for the week through March 20 shows that the net-long position of money managers in gold fell to 111,807 lots from 135,865 the week before. This occurred due to both long liquidation, as reflected by a decline of 14,185 gross long positions, as well as fresh selling, reflected by a 9,873 rise in short positions.

In the case of silver, the net short position rose to a record 35,833 lots from a net short 16,415 the week before. The bulk of the increase was fresh selling, as the number of gross shorts rose by 13,752. There was also some long liquidation, as total longs fell by 5,666.

“Speculators are significantly more pessimistic towards silver; net shorts here were more than doubled to a record high of 35,800 contracts in the last period under review, which may explain why the gold/silver ratio has risen to 81,” Commerzbank analysts said in a report. The ratio means it now takes 81 ounces of silver to buy an ounce of gold.

“That said, gold and silver prices recovered noticeably after last week’s Fed meeting, though this is not yet reflected in the current statistics,” Commerzbank said. “Speculative financial investors are therefore likely to have changed their positioning again in the meantime.”

Butler, commenting that silver-futures traders became “extremely bearish” ahead of the Fed meeting, pointed out that gross short positions in the metal hit the highest level since July 2017.

“Short covering is likely to have occurred during the recovery of prices since then,” Butler added.