Gold's Consistent Gains Will Cause Silver To Outperform - Randy Smallwood 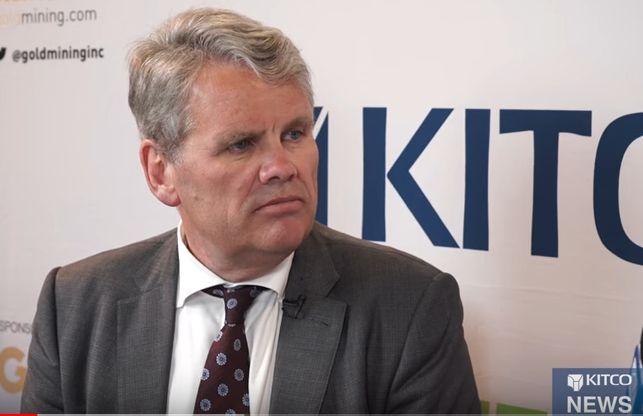 In an interview with Kitco News, Smallwood said that he is encouraged by the progress gold had made so far this year. And while he has been disappointed with silver prices, he added that it is only a matter of time before silver outperforms gold.

He explained that although silver’s fundamental outlook continues to support price, the market lacks an emotional spark that will ignite a rally.

“Silver is always late to the party,” he said. “Continued upward momentum in gold will eventually pull silver prices higher and when it does, you will see the market dramatically correct itself,” he said.

Smallwood’s comments come as silver prices trade at their highest level in nearly three weeks and gold trades at a five-week high. May silver futures settled Monday's session at $16.795 an ounce, up more than 1% on the day. Meanwhile, April gold futures settled the day at $1,355, up 0.38% on the day. The recent underperformance of silver compared to gold has pushed the gold/silver price ratio to a two-year high above 81 points.

Smallwood explained precious metals prices don’t have much impact on the company’s profitability but it does lead to higher dividends for investors, which represents 30% of Wheaton’s cash flow.

The company also maintained its quarterly dividend of nine cents per common share.

Smallwood described 2018 as a transition year with the company building a strong foundation as it prepares for new production to come on line in 2019.

“Production this year is going to see a bit of a lull but we’ve got a lot of growth coming down the pipe,” he said.
One of the reasons why the company will see a lull in its production is because its compensation contract with Barrick Gold, as part of its Pascua-Lama project deal, runs out at the end of the month.

Although Wheaton Precious Metals had to take a $229 million impairment charge on the Pascua-Lama project after Barrick had reclassified its mineral reserves, Smallwood said that they still see potential for this mine.

He added that they have the ability to get some of their investment back by 2020; however, he would prefer to keep the streaming deal.

“This is a deposit that we want to see developed and it will get developed,” he said. “For now, we will be patient.”