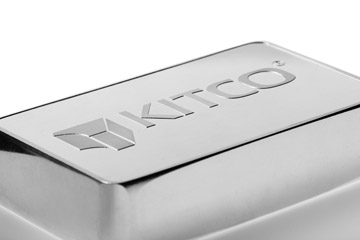 (Kitco News) - Gold might be sharing some of its magic allure with the struggling sister metal, silver, said the head of commodity strategy at Saxo Bank, adding that there is a growing demand for safe investment options that are cheaper than gold.

If gold manages to break above its resistance at $1375 an ounce, silver can benefit, said Ole Hansen in a note on Tuesday.

“The current rally may help silver attract some attention given its relative cheapness to gold and the fact that hedge funds on March 20 held a record net-short of 35,000 lots, well below the five-year average,” Hansen said.

He also pointed out that the gold/silver ratio is at 80.80, which is considered to be a rare high.

“The gold/silver ratio, currently at 80.80, reflects the cost of one ounce of gold measured in ounces of silver and has only traded above 80 four times during the past 20 years. In early 2016 it reached 83.8 due to worries about a Chinese economic slowdown and prior to that 84.50 in October 2008 during the great financial crisis.”

Silver has been struggling to find a bid, while gold has seen great returns, frustrating investors so far this year.

“Despite no clear sell signal emerging on the chart during the past month, hedge funds have nevertheless been accumulating a record short position,” Hansen noted.

Yet, there are still a few risks out there that could put a pause on the silver rally, according to the strategist.

And one of them is industrial metals: “Silver is primarily used in industry and industrial metals are struggling,” Hansen said. “Industrial metal use accounts for more than 50% of demand for silver and with that in mind the ratio is often viewed as a gauge to investors thinking about the outlook global growth and demand.”