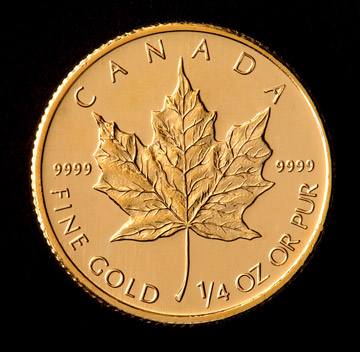 (Kitco News) - Trade war rhetoric is a wild card that can benefit gold prices in the near-term, as more investors rush to buy the yellow metal as a safe haven, said Mickey Fulp, creator of the Mercenary Geologist newsletter.

“Certainly trade tariffs, a trade war specifically … would be good for gold, because it will introduce a wild card into the economic equation, and people will go to gold as a safe haven or insurance policy, and perhaps we’re seeing that today,” Fulp told Proven and Probable in an interview last week. “So geopolitical risk, geopolitical turmoil, the threat or the idea of such is always good for gold.”

Whether the trade spat between the U.S. and China is just bark with no bite is unclear at this point, Fulp pointed out. “I think at some point both countries will realize in some way, shape or form that they need each other, and they’ll get down to business,” he said.

But at the core of the trade issue is the U.S. fighting for equal access to Chinese markets, Fulp pointed out.

“It’s about intellectual property theft, where anybody that wants to manufacture or put plants in China, US has to give up its intellectual property, and that’s really not fair. And so Trump’s began by drawing a line in the sand, and we’ll see where it goes from there. We had a record trade deficit, $375 billion, with China last year, and that’s not good for American or American consumers.”

But, despite the rush into the gold market, this might not be the best time to buy the yellow metal, according to the mining analyst.

“I’m not buying any right now, because I only buy when the prices dip or go lower. When gold was at $1,312 or 13 over the last couple of days, it didn’t reach my mark of the price I wanted to buy it at, so only buy on dips,” he said.

Gold prices were edged down in Asian trading on Tuesday after surging close to $1,345 an ounce from just below $1,330 an ounce during the previous North American session.

Earlier in the day, China responded to U.S. trade tariff talk by slapping duties of its own on 128 U.S. goods, including frozen pork, wine, fruits and nuts.

U.S. President Donald Trump’s administration is also planning to unveil a list of advanced technology Chinese imports that will be impacted by U.S. tariffs.