(Kitco News) - Gold investors do not need to fear higher real interest rates in the U.S. as other factors are supporting the market, according to one fund manager.

In a telephone interview with Kitco News, Axel Merk, chief investment officer and president of Merk Investments, said that he sees real rates moving modestly higher this year, but added that he also expects gold prices to climb as well. 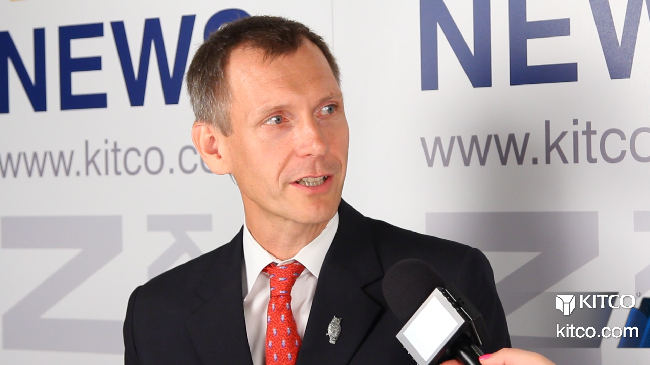 Some analysts have been concerned that the gold market will not be able to withstand rising real interest rates. In the past few years, gold has had a strong negative correlation to real interest rates, ashigher bond yields increase gold’s opportunity costs as a non-yielding asset.

But, that correlation has broken down. So far this year, U.S. Treasury data show real interest rates rising from 68 basis points to 86 basis points – a rise of more than 26%. Yet, gold prices have also increased, with June gold futures last trading at $1,328.50 an ounce, up 1.7% since the start of the year.

While higher real interest rates can be a headwind for gold, Merk said that the correlation is not as strong as many investors think. He noted that in early 2000, there was only a weak connection between gold and bond yields. 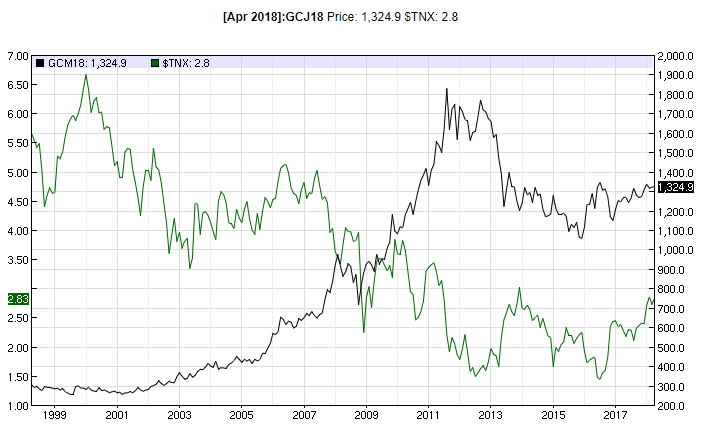 “Since the financial crisis, when the Federal Reserve was buying bonds, we had a perfect correlation. We’ve gotten used to these perfect correlations, but markets aren’t that rational,” he said. “Real yields are just one of the factors that we are watching.”

Ultimately, Merk said that as correlations break down, investors need to rely more on their convictions and ignore the “noise” in the marketplace.

Merk pointed out that even in an environment of higher real interest rates, he still sees the potential for gold as a portfolio diversifier. He said that gold remains an attractive alternative as volatility continues to roil all financial markets, adding that in the first quarter both bond markets and equity markets saw a price drop.

“As volatility rises everything is going to be expensive and there is no easy place to hide, especially as correlations break down,” he said. “This is why people are looking at assets like gold. People are looking to diversify.”

Going hand-in-hand with rising market volatility, Merk said that he likes gold as a safe-haven asset because of rising geopolitical tensions as the threat of a potential trade war between the U.S. and China increases.

He described gold as the “neutral global currency” that would benefit if a global trade war escalates and the U.S. dollar suffers.

“If you introduce trade tensions that is usually bad for countries with a current account deficit and gold can move higher in that environment,” he said.