(Kitco News) - While investment demand has picked up in the global gold market, physical demand remains lackluster as seen in Dubai, the world’s epicenter of the bullion market. 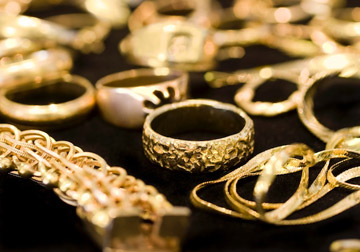 The struggling physical market was a key topic among participants during the seventh annual Dubai Precious Metals Conference. Chandu Siroya Vice Chairman, Dubai Gold & Jewellery Group noted that physical gold demand has dropped significantly since the start of the year after a 5% value-added tax was added to purchases with the United Arab Emirates.

According to reports, wholesale gold jewelry sales in UAE’s gold district saw a decline of as much as 60% in the first three months of the year as a result of the VAT.

“A lot of companies didn't sell for the first 20 days after the VAT came in, and only later got back to selling,” Siroya said during a panel discussion at the conference. “We also saw that around 20 offices became available for rent in the gold souk. Unfortunately, the market is down significantly, both at the wholesale and retail levels.”

The dismal description of the UAE’s first-quarter gold demand comes after a dismal 2017. Stats from the World Gold Council showed that jewelry demand fell to a 20-year low last year to 42.8 tonnes.

However, it was all completely doom and gloom at the conference, Jeffrey Rhodes, Principal Consultant, RAKGOLD said in a panel discussion that he is optimistic that Dubai will see growth in its gold market.

“Dubai is the epicenter of the world physical gold trade, but one of the challenges facing the UAE market is the lack of Western bullion banking activity. This is a constraint on the business and why the evolution of a local bullion banking sector will help remove any barriers to trade,” he said.

Despite the pessimistic undertones, many banks, in particular, Goldman Sachs, remain bullish on gold because of higher physical demand in emerging markets.

“Wealth is the key long-term driver and is most relevant when considering EM economies. As economies grow, household savings are allocated towards gold at a roughly fixed rate – creating a link between GDP growth and the equilibrium level of real gold prices,” Goldman Sachs analysts said in a report published in early February.