(Kitco News) - Extreme volatility and lower equity markets will drive investors into gold throughout the rest of the year, according to one of the top gold fund managers. 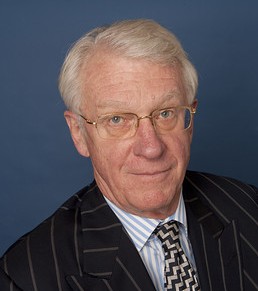 For many analysts, the roaring gains of the equity markets were gold’s biggest competition in 2017 but John Hathaway, senior portfolio manager at Tocqueville Asset Management, said in his first quarter letter to investors that the tide is starting to shift and safe-haven assets like gold will now attract investor capital.

“We believe that 2018 will mark a significant turn in the financial markets, which will be adverse for conventional, consensus-based investment strategies and quite positive for gold and other safe-haven assets,” he said.

Ultimately, he said that he looks for gold to reach new highs this year, with possible gains of 50%; at the same time, he sees 100% gains for currently unloved mining stocks. June Comex gold futures last traded at $1,342.20 an ounce, up 0.16% on the day and up nearly 3% since the start of the year.

The most significant factor behind, Hathaway’s extremely bullish outlook are signs that the equity bull market is starting to fade. He noted that the S&P 500 ended the first quarter down more than 1.2%, as it saw a peak to trough decline more than 10%.

He added that continued volatility does not bode well for future equity market gains.

“We believe that the rise in market volatility underscores the precarious nature of market structure. The wild swings that have occurred year-to-date reflect, in our opinion, telltale tremors in the highly confident bullish consensus that existed only a few months ago,” he said. “We believe that the fallout will be more than just a gentle market correction that is easy for all to tolerate.”

Not only does gold shine in volatile financial market conditions, but Hathaway also noted that the market has been resilient in the face of three potential rate hikes this year.

Last month the Federal Reserve raised interest rates following its monetary policy meeting; however, it also signaled that it was in no hurry to raise rates faster than expected, leading to expectations of two more rates hikes later this year.

However, Hathaway noted that according to the gold market, this outlook could be a little too optimistic.

“Should bullion begin to trade above the 12-month range currently capped at around $1360, it will signify that the Fed’s dot plot is due for an overhaul. We write this note in anticipation that an overhaul of mainstream expectations is long overdue, and likely to occur in the remainder of calendar year 2018,” he said.

But it might not be completely easy sailing for gold investors in the short-term. He noted that the U.S. dollar, which looked a little oversold in the first quarter could be a barrier to gold in the near-term. However, he added that in the long-term he remains bearish on the greenback; increasing U.S. government debt and rising inflation pressures will eventually hurt the U.S. dollar, he said.