Gold Versus Silver: Q2 To Benefit The White Metals 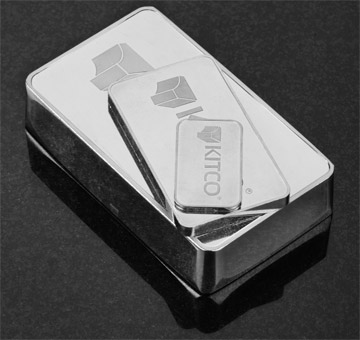 (Kitco News) - Dissipating trade war fears will take attention away from gold and shine a light on silver, platinum, and palladium, according to the Hightower report prepared for RJO Futures.

“Heading into the second quarter of 2018, we see a shift in leadership away from gold and towards silver, platinum, and palladium, due to reduced safe-haven anxiety (off moderating trade war fears) and a revitalized U.S. dollar,” said the report published on Monday.

The industrial demand is likely to drive the metals, which are already sitting near the bottom of their trading ranges.

“Silver, platinum, and palladium could be in a better position to rally [than gold],” the report said, noting that the yellow metal is currently trading near the upper quarter of its trading range.

Silver could see the biggest jump here simply because the metal “could be considered fundamentally and technically undervalued” compared to gold after recently touching its lowest level in two years relative to gold.

“It should also be noted that the speculative crowd has all but vacated the long side of silver. A recent COT futures and options report showed that as of March 20th non-commercial and non- reportable traders were holding their smallest net long position since the COT started compiling the data,” the Hightower report said. “The reports also showed silver managed money traders were holding a record net short position of 39,604 contracts. This suggests that bearish sentiment could be reaching a zenith.” 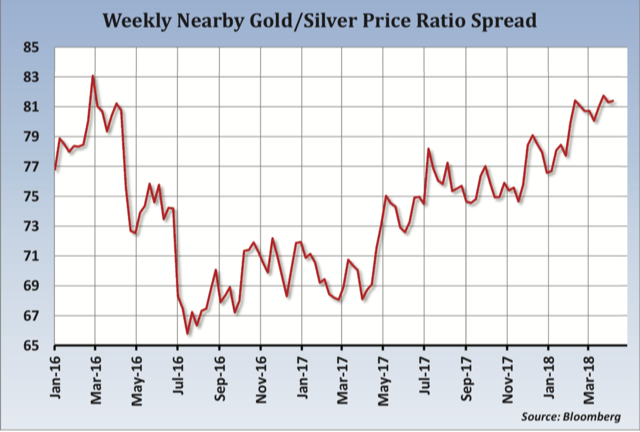 In contrast to silver, gold seems to be lacking a clear trigger that could jumpstart another rally in the second quarter, the report pointed out.

“It now appears that trade tensions are moderating, that U.S. rate hike prospects will support the Dollar, and that equity market volatility will moderate. Therefore, gold’s primary bullish force could dissipate,” it said. “April could see a decline in safe haven/currency-dominated interest in gold and a revival in classic, demand-driven interest in the industrial metals.”