(Kitco News) - Famed investor Jeffrey Gundlach remains optimistic that it is only a matter of time before the gold prices break their chains, which could push prices close to $1,500 an ounce. 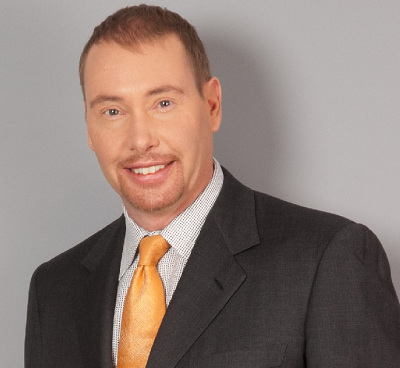 The CEO of Doubleline, also known as the “bond king,” is once again attracting the attention of gold investors as he sees the yellow metal at a critical juncture.

“We see a massive base building in gold. Massive. It’s a four-year, five-year base in gold. If we break above this resistance line, one can expect gold to go up by, like, a $1,000” he said during the 2018 Mauldin Economics Strategic Investment Conference, according to recent recap from Steve Blumenthal, chief investment officer at CMG.

His bullish comments have been highlighted at an opportune time as the gold market trades at the top of its well-established range, hitting a seven-week high. June gold futures last traded at $1,362.70 an ounce, up more than 1% on the day.

In his presentation, Gundlach said that he recommends investors look at straddle trading strategies in the marketplace. “Because one way or the other this baby’s got to break in a big way,” he said.

The most prominent factor behind Gundlach’s bullish gold outlook is a weaker U.S. dollar. In his presentation, he said that he sees the U.S. dollar continue to push lower in 2018.

“When you get a lousy year in the dollar, like last year, it’s very typically followed up by another year that’s bad just after,” Gundlach said.

For many technical analysts, gold prices need to push above initial resistance at $1,360 an ounce as it ultimately targets the January high of $1,375.50 an ounce. 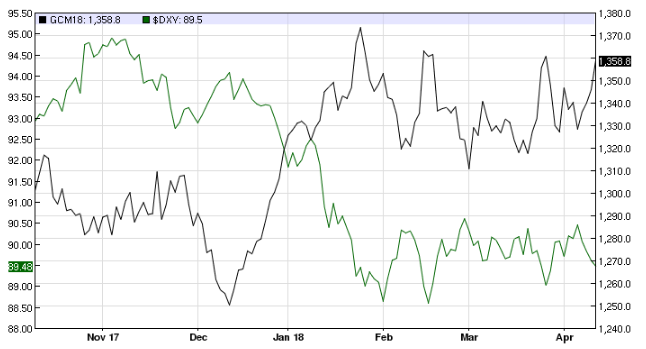