Be Careful What You Wish For

(Kitco News) - It's Friday the 13th but no bad luck in store here for gold which surged midweek as the market factored in potential U.S. military action in Syria. 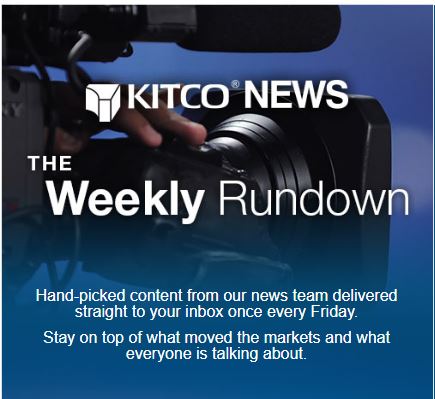 When I tweeted earlier this week asking readers and viewers how everyone was feeling about the gold rally – bestselling author and gold advocate Jim Rickards came back with a poignant remark, “careful what you wish for, it tells us, something else is broken.”

Adrian Day, chief executive officer of Adrian Day Asset Management was quoted in our weekly survey saying, “The Syria issue is not over by any means, and there is a risk of a direct military confrontation between the U.S. and Russia, which would have enormous consequences. Moreover, Washington remains in turmoil and monetary factors continue to be favorable.”

Adam Button, managing director of ForexLive echoed the same, “[U.S. President Donald] Trump has delayed the strikes on Syria but they’re inevitable sometime in the weeks ahead,” he told Kitco News.

In our online gold survey, 82%, predicted that gold prices would be higher in a week, while 12% said gold will fall. For the trading week now winding down, the bullish camp was right, Comex June gold settled Friday at 1,347.90 an ounce, up almost 1% since last week, but prices are down from Wednesday’s 1,369.40 peak, an eight week high.

With all this movement in gold - it has brought up the on-going debate of where does one invest? Physical, miners, or heck, both?

While Mark Cuban said he we wouldn’t touch gold with a ten foot pole (thanks for all your mail btw – both hate and love for that interview) – his Shark Tank counterpart Kevin O’Leary told me that he is all about holding bullion but does not like the miners – noting they just can’t get their act together when it comes to management.

“The value of the commodity is whatever it is every day. I don’t need to have a manager in the middle screwing up his capital cost allowance, not controlling his costs,” O’Leary said.

Others, like Frank Holmes, CEO of U.S. Global Investors, think otherwise. In our recent chat, he said he prefers gold equities versus the physical metal, even though he expects gold prices to push above $1,500 an ounce.

And then we have Jeffrey Gundlach, the famed investor and “bond king,” who remains optimistic that it is only a matter of time before gold prices break their chains.
---------------------
Kitco News is back on the road next week – join us from the IPMI’s latest conference in New Jersey where we will have a fresh batch of videos.

On Monday, gear up because Jim Rogers is back - let’s see whether his economic outlook has changed….