Can You Beat A Hedge Fund Manager? Play The Ira Sohn Stock Game To Find Out

(Kitco News) - Do you have investment skills that rival some of the top hedge fund managers in the world, then maybe it is time to put your money where your mouth is, at least figuratively. 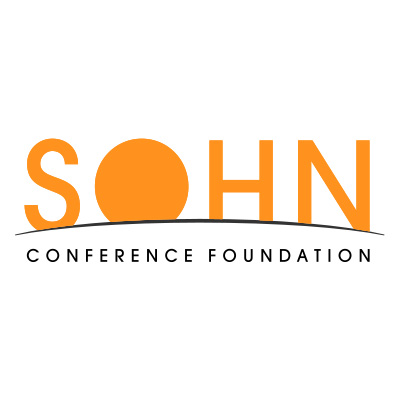 With a $100 donation, potential investors will receive 1 million tokens to construct a fantasy investment portfolio. The player with the best performing portfolio will be crowned the winner and be given two tickets to the 2019 Sohn Investment Conference.

Each portfolio needs to include at least three stocks highlighted during next week’s conference. Participants have until April 27 to sign up to the competition, which runs until Feb. 8, 2019.

The money raised through the game will be used to further the foundation’s mission to treat and cure pediatric cancer.

“The Ira Sohn Stock Game is an exciting way to engage anyone interested in building their dream portfolio, while also raising money for a critical cause,” said Evan Sohn, Vice President of The Sohn Conference Foundation in a press release. “For 23 years, as the original and premier investment idea event, The Sohn Investment Conference has honored Ira Sohn’s career as a successful Wall Street professional. This game is another way to build upon that legacy.”

The game is operated through Portfolios with Purpose. And people can register for the Ira Sohn Stock Game here.

Gold At The Sohn Conference

Gold investors will want to keep an eye on comments made at the Sohn Conference, which has been dubbed the “Superbowl” of investment conference; the yellow metal is starting to attract some interest from major investors.

Some hedge funds and financial institutions are becoming more bullish on the yellow metal as market volatility picks up and U.S. dollar and equity markets struggle to find momentum.

For the gold market, this year’ Sohn Conference features two major fund managers who have shown an affinity for the yellow metal.

David Einhorn, president of Greenlight Capital, has been a prominent gold investor. He noted in his 2017 fourth-quarter letter to investors that gold is one of the firm’s top five investments, which also include AerCap, Bayer, Brighthouse Financial and General Motors.

In its letter released in January, the firm also said that cut its losses in VanEck Vectors Gold Miners ETF (GDX) during the fourth quarter.

Jeffrey Gundlach is also another speaker that gold investors will want to keep an eye on during Monday’s conference. The Doubleline CEO has been bullish on gold saying that prices could rally $1,000 when it breaks above its well-established trading channel.

Gundlach said that he is bullish on gold as he expects to further weakness in the U.S. dollar.

“When you get a lousy year in the dollar, like last year, it’s very typically followed up by another year that’s bad just after,” he said in a presentation in early March.

For 23 years the Sohn Investment Conference has brought together some of the most prominent hedge funds in the world to present their best investment ideas for the year, to raise money pediatric cancer research. Since its inception, the foundation has raised $80 million.