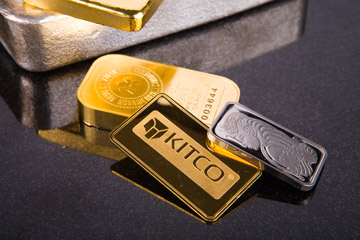 (Kitco News) - May could have a few surprises up its sleeve for gold traders, according to INTL FCStone, including Iranian nuclear deal as well as a close below $1,303.

Gold’s trading range for this month is projected to be between $1,285 and $1,338, commodities consultant with INTL FCStone Edward Meir said in Monthly Market Overview report published on Wednesday.

Some of the main downward price pressures will continue to be the U.S. dollar’s strength and rising interest rates.

“On the rate front, the ten-year pierced the 3% mark for the first time in four years before ending the month at 2.94%. Curiously, the rate rise does not have much to do with a particularly hyper-charged US economy,” Meir wrote.

“Rates seem to be rising on account of inflation concerns, as the fear is that increasing trade protectionism and advancing oil prices are contributing to rising input prices. But this does not seem to be helping gold for the moment, although at some stage, it should,” he added.

Meir suggested that what could be holding investors back from buying more gold is the sentiment that accelerating inflation could be just temporary.

Also, there is a hold-up in the inverse correlation between U.S. equities and gold prices.

“We suspect that we need to see a more substantial correction in stocks before gold takes notice since the choppy up-and-down moves we have seen thus far are not going to do it,” Meir said.

What’s important to keep a close eye on in May is the development of the Iran nuclear deal, which has the potential to push gold prices out of its trading range on the upside. “A looming May 12th decision on the Iranian nuclear deal could usher in some buying on the back of higher oil prices,” Meir pointed out.

The second thing to watch is a possible close below $1,303 an ounce level that could trigger even more selling, the consultant added. “Technically, a close below the intraday $1303/ounce 2018 low needs to be watched on a closing basis as sell-stops could be triggered, taking us down to our forecast lows,” he said.

The Fed announced on Wednesday that it is keeping its benchmark overnight lending rate in a target range of between 1.50%-1.75%. The central bank also highlighted that it sees recent uptick in inflation closer to its 2% target as sustainable.

“Inflation on a 12-month basis is expected to run near the Committee’s symmetric 2 percent objective over the medium term. Risks to the economic outlook appear roughly balanced,” the Fed statement said.