A More Likely Scenario For Gold Is A Rebound To $1,350 - TD Securities 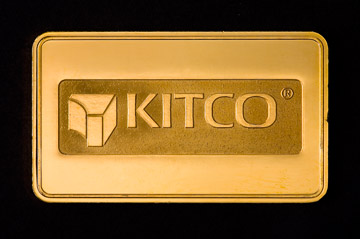 (Kitco News) - Even though a drop below $1,300 is not ruled out for gold just yet, TD Securities views a move to $1,350 as a more likely one for the precious metal.

“While a move toward below $1,300/oz is possible in the not too distant future, we think there will be a steadier rebound toward $1,350s in the latter half of 2018,” TD Securities head of commodity strategy Bart Melek said in a note on Monday.

The rising U.S. dollar has been putting significant downward pressure on gold prices during the last few weeks, keeping the yellow metal between the $1,300 and $1,320 level.

The greenback will continue to be a primary driver for gold prices, with investors carefully watching the outcome of the current rally.

“The market will be focusing on the USD and will try to assess if the DXY can climb to a new high for 2018, after breaking the technical resistance at around 92.02. This could be perceived as a serious challenge to the USD bear market, where it has been making lower highs and lower lows since the start of 2017,” Melek wrote.

Additional U.S. dollar strength could come from American economic data releases, which have been impressing the markets, the note added.

“This could be bad news for gold in the coming weeks,” Melek said. “Under these conditions, a drop below $1,300 would also very much be within the realm of possibilities, possibly testing $1,280/oz.”

But a fall below $1,300 is not looking very likely because of the Federal Reserve and the assumption that the central bank is willing “to allow inflation to move above target,” which would put a pause on the U.S. dollar rally.

Another major factor markets are keeping an eye out for this week is U.S. President Donald Trump’s Tuesday announcement on whether or not he will be pulling out of the Iran nuclear deal.

“The U.S. President, who has referred to the agreement as the ‘worst deal ever’, said early in the year that Washington would not again waive sanctions on Iran unless European countries fixed the accord's ‘terrible flaws’,” Melek wrote. “Trump is said to make his announcement on Iran tomorrow at 2 pm, where some are now speculating that he will approve the deal after Israeli news (who are in favor of exiting the deal) reported that the US and Europe were nearing an agreement.”