Bill Gates Says He Would 'Short Bitcoin' If He Could 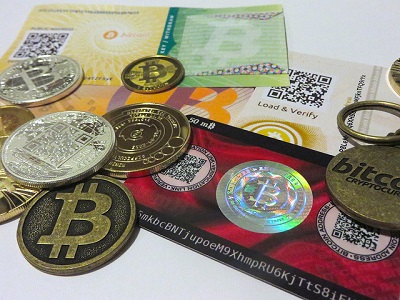 (Kitco News) - The popular cryptocurrency bitcoin is just a “greater fool theory” that doesn’t produce anything and “if there was an easy way to do it,” Microsoft co-founder Bill Gates says he would short bitcoin.

Gates revealed his thoughts about the digital currency to CNBC on Monday, saying that bitcoin is purely speculative.

“I would short [bitcoin] if there was an easy way to do it,” he said. “As an asset class, you're not producing anything and so you shouldn't expect it to go up. It's kind of a pure 'greater fool theory' type of investment.”

Gates admitted that he was once given bitcoin as a birthday present, but chose not to keep it as an investment, selling the cryptocurrency a few years after that.

VIDEO: “I don’t connect #bitcoin and #gold at all; they are serving two different purposes” - @McEwenMining CEO | @DanielaCambone… pic.twitter.com/EYO74o80bW

“Bitcoin reminds me of Oscar Wilde's definition of fox hunting: ‘The pursuit of the uneatable by the unspeakable’,” he said.

Bitcoin has been on a wild ride this past year, rising to almost $20,000 in December and then losing half of its value in just a few months. Bitcoin was last trading at $9,423.90, up 0.58% on the day, according to Kitco’s aggregated charts.