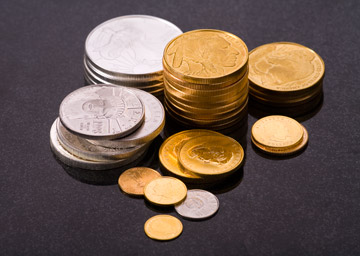 (Kitco News) - Even though gold dropped below $1,300 an ounce on Tuesday and is now trading around $1,290, this analyst remains bullish on gold.

“Gold has stumbled during the past month, but that hasn't made me any less bullish on the precious metal,” Bill Baruch, president of Blue Line Futures said in a Tuesday post published on CNBC.

Baruch doesn’t view the latest downward move in gold as a bearish sign.

“Instead of a bearish trend, gold has built a constructive chart pattern above the psychological $1,300 mark. The 10 percent spike through December and January has allowed the consolidation over the last 90 days to build a longer-term bull-flag,” Baruch wrote.

Gold prices dropped to a five-month low on Tuesday, breaching key support level of $1,300 — the level the yellow metal was not able to break above on a sustainable basis all of last year.

According to Baruch, gold was overbought and long trade was overcrowded when trading near 2018 highs of above $1,360 an ounce. “This minor correction has relieved both of these technical indicators,” he noted.

The gold market will see buyers’ interest return once the precious metal recovers and breaks the resistance of $1,327 an ounce, Baruch wrote.

“Last Thursday, gold convincingly closed back above its 200-day moving average for the first time in two weeks, a level that provides tremendous long-term value,” he said. “I like being long gold until a close below the psychological $1,300 mark. If it can get out above resistance at $1,327, I imagine those buyers will quickly come back to the table.”