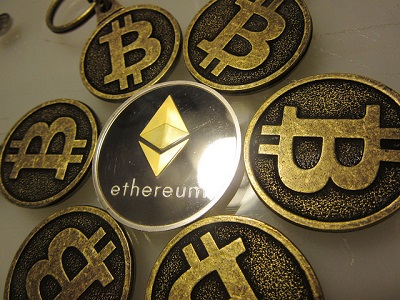 (Kitco News) - Fraud cases are reaching unprecedented highs in the cryptocurrency world as a new report by The Wall Street Journal reveals that investors splashed out $1 billion on initial coin offerings (ICOs) that were full of “red flags.”

Out of the 1,450 digital coin offerings, 271 were fraudulent, according to the report. Some of the red flags identified by the WSJ were: “plagiarized investor documents, promises of guaranteed returns and missing or fake executive teams.”

Some crypto projects went as far as copying marketing plans and technical details from existing online whitepapers, the WSJ added.

Other projects in question hired freelance writers for a fee of $100 to come up with a marketing outline, the newspaper said on Thursday.

Even photographs of executive teams were made up, by stealing photographs of bankers who were not connected to the digital coin offerings in any way.

One example the report gave was of Jenish Mirani — a Polish banker — who discovered that his profile picture was used without his knowledge in an online payment project called Denaro. The project claimed that Mirani was the project’s co-founder “Jeremy Boker,” the WSJ said.

Based on existing lawsuits, $273 million were already claimed as losses in these ICOs, the newspaper reported.

ICOs are similar to initial public offerings (IPOs) in a sense that they let investors purchase new digital tokens like shares in order to fund the tech company behind their creation.

ICOs boomed in 2017 and, in the last two years, they raised about $9.8 billion, according to the financial research firm Autonomous Next.

In the meantime, U.S. authorities are cracking down on crypto fraud by opening up investigations into questionable digital coin projects as well informing the public through its new website called HoweyCoins.com on what a fraudulent ICO might look like.