Gold Is An Attractive Investment, Just Not Now – Fund Manager

(Kitco News) - Gold is an attractive investment on the horizon, but there is no reason to jump into the market at this moment, according to one fund manager. 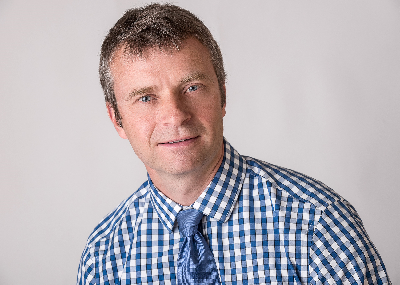 In a recent interview with Kitco News, Keith Dicker, chief investment officer and president of IceCap Asset Management, said that he personally likes the precious metals sector, but has yet to add any to his firm’s portfolio. He expects the market will struggle until there is significant global financial market turmoil.

Dicker’s comments come as gold has fallen below critical support at $1,300 an ounce, dropping to the lowest levels since late December 2017. June Comex gold futures last traded at $1,289.10 an ounce, down 0.17% on the day.

“For the average investor you need a reason to get into gold and there isn’t one at the moment. Gold needs a crisis before investors are interested again,” he said.

Although gold could continue to struggle in the near term, dominated by a strong U.S. dollar, Dicker said it will be a less of a headwind in the future. He explained that in a financial crisis, he would expect both gold and dollar assets to rise together.

“I think the idea of a strong U.S. dollar and a strong gold price will shock a lot of people,” he said. “It’s pretty easy to see that when things are going great, money pushes out to the peripheries and when times are bad money goes back to the core, goes back into safety, which is the U.S. dollar and gold. Dollar strength will happen first and then gold will follow.”

As to the spark that will ignite the next major crisis, Dicker said that investors need to pay closer attention to Europe and its sovereign debt issues. He explained that a lot of the fiscal problems raised in 2008 have never been resolved ten years later.

“For better or worse, after 2008, U.S. companies addressed important issues. American banks were recapitalized, bad debt was removed from balance sheets, but the Europeans have never done that,” he said. “What’s even more worrisome is that European sovereign debt has been completely removed from the private sector, the market is completely controlled by the central bank.”

While the European Central Bank has been coy about ending its asset purchase program in September, Dicker said that the central bank will have to stop eventually. When that happens, the European bond market will collapse.

“They are not going to be able to continue to buy sovereign debt forever and right now they are the market,” he said. “You will see long-term rates surge around the world.”

Looking at the U.S. bond market, although 10-year bond yields have pushed past 3.00%, hitting levels not seen since 2011, Dicker said that the move is supported by market fundamentals. He explained that U.S. bond yields have been driven higher by rising interest rate expectations. The same can not be said for the European market, he added.

“A surge in European bond yields will create a whirlwind of crisis every,” he said. “That will be the time to buy gold.”