Gold Market Will Remain Healthy In The Next 30 Years; Investors Won't Be Disappointed - WGC

(Kitco News) - While the face of the gold market might change in the next 30 years as technology develops, the asset class and its safe-haven appeal will remain solid, according to the World Gold Council (WGC). 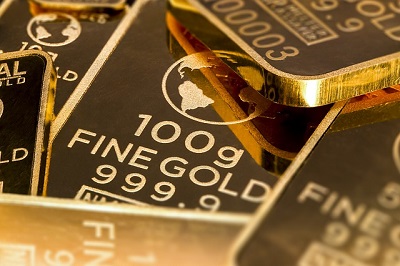 In an exclusive interview with Kitco News, John Reade head of market research said that he does not expect gold’s role as an alternative asset and portfolio diversifier to be replaced by another asset like a cryptocurrencies within the next 30 years. Reade added that it would take a complete disruption of the entire financial marketplace before gold is usurped as a world-class asset.

“The capital market structure as we see it will probably continue,” he said. “Gold is part of the financial system. It is a mainstream financial asset and it too will continue.”

Reade noted that the remaining question is around the venue where gold is traded – whether its traded in over-the-counter markets, through futures contracts or something else. Reade’s comments come as fin-tech firms develop new platforms for gold, including Tradewind, which has created a new digital platform Vaultchain Gold, which allows investors to buy fractional quantiles of gold. While the market is digital, the platform is backed 100% by physical gold, held by the Royal Canadian Mint.

In a WGC report that looks at the gold market all the way up to 2048, Reade said that so far there is no front runner in the digital gold market but there is growing potential.

“If one (or more) is successful, it could be as big a change to the gold markets as the development of ETFs, but with the added advantage of appealing to younger generations too,” he said.

Not only can digital gold markets help to democratize the precious metal, Reade said that they are seeing evolving technology in mobile application space that could be a game-changer for consumers in developing nations.

Reade noted that app-based saving accounts that let people store their savings in gold, is growing in popularity, especially in regions that have an under-developed banking system.

“I think opening up the gold market for investment purposes to the billions of people… who don’t have wide access to financial products is going to be a major development for the market,” he said.

While access to the gold market is expected to enter the digital realm, Reade said that they still expect to see a healthy physical demand, especially as China and India become more prominent players in the global marketplace with its growing middle class.

In his report, Reade said that the WGC expects the Chinese economy to surpass the U.S. and become, with its growing consumer sector, the biggest influence on global markets.

“Our research has shown that as nations become wealthier, consumers spend more money on gold,” he said. “The growth we see out of China is going to be good for gold demand. The U.S.'s loss in dominance will lead to a weaker currency that will also be good for gold.”

However, while, Reade sees potential for the U.S. dollar to lose some influence in the global market, he does not expect the greenback to completely lose its reserve currency status. China’s closed capital markets and currency restrictions make it impossible for the yuan to be a reserve currency, he added.

“If you want to become a reserve currency you have to allow people to hold that currency in size and let them transact freely. Until we get to that stage, there is no way China can take over as the new reserve currency of the world,”

“I don’t think people will be disappointed in the gold market 30 years from now,” he said. “You [can’t] take something that has 6,000 years of value and replace it with something new,” he added in his interview.