RCM Gold Coin Sales Down 50% In Q1, In Line With Global Trend

(Kitco News) - The gold market continues to struggle with weak bullion demand as the Royal Canadian Mint reported a more than 50% drop in sales in the first quarter of 2018. 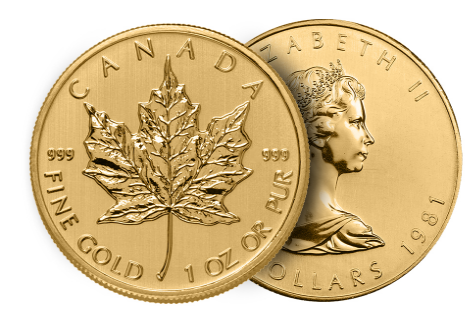 For the rest of the year, the mint is not expecting a significant shift in the current trend.

“Global demand for gold and silver bullion in 2018 is expected to remain at a low level and the Mint is continuing to carefully manage operating costs to mitigate the impact of uncertainty in the bullion market,” the RCM said in its outlook.

Weak sales are not unique to the RCM. The U.S. Mint has reported lackluster demand for gold and silver bullion coins.

Sales data provided by the U.S. Mint shows that it sold 96,000 ounces of gold in various denominations of American Eagles and Buffalo Gold coins. Sales are down 56% from 221,500 ounces of gold sold in the comparable quarter last year.

Demand for American Eagle Silver coins totaled 5.092 ounces in the first three months of this year, down 36% from 7.958 million ounces sold in the first quarter of 2017.

Globally, in its Quarterly Demand Trend report, the WGC said that total bar and coin demand was 254.9 tonnes, a drop of 15% from the first quarter of 2017.

“A buoyant economy coupled with a lackluster gold price saw US Mint Eagle sales fall 59% y-o-y in Q1 2018. The February spike in the VIX index – a measure of the S&P 500’s volatility – did not have the same impact as it did on investors in US-listed ETFs,” the WGC said in its report.