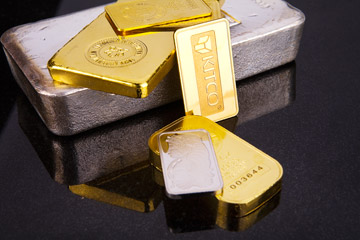 (Kitco News) - Despite another Federal Reserve rate hike already priced in for Wednesday, the U.S. central bank has “lots of reason” to be concerned, said billionaire precious metals investor and founder of Sprott Inc Eric Sprott, adding that gold and silver will “prosper” following the very likely hike.

We could possibly be looking at a summer rally here, according to Sprott, who told the Fed “to bring on” the likely rate hike.

“Let’s have that rate increase. Let’s get it over with, here. Because, typically, I don’t think the Fed really could possibly read things as bullish as they might have started the year off thinking. Because it’s really not quite coming together,” he said in a Sprott Money’s Weekly Wrap-Up on Friday. “Housing’s weak, auto’s week, retail sales are nothing special, you’ve got inflation affecting lots of areas… We have lots of reason for the Fed to be expressing concern.”

The Fed language will be key to pay attention to during Wednesday’s announcement, founder of Sprott added.

“I’m pretty certain that gold and silver will survive yet another rate increase. And prosper, quite frankly,” he said.

Latest historical trend is also on Sprott’s side as gold has rallied between 10-30% during the last five out of six Fed rate hikes.

The macro fundamentals are also working in favor of the precious metals, which could support prices going forward, Sprott pointed out.

“The macro fundamentals going on in the world that might also cause people to go to gold. For example, if you are Brazilian and your currency is falling 5% in a week, maybe you’d be better off owning gold. Things going on in [Turkey and Italy] are becoming potentially upsetting for Europe,” he said. “More and more exports data are suggesting that the world economy is slowing down, which would cause rates not to be continually pushed up.”

Out of the precious metals, silver was a big winner recently, gaining about 1.85% during the last 30 days and moving up above its 50-day moving average. Silver also had over 220,000 contracts of Comex Open Interest, which totaled about 1.1 billion ounces, according to Sprott.

Gold SWOT: gold rose to highest as Treasury Yields and the dollar slumped amid inflation concerns