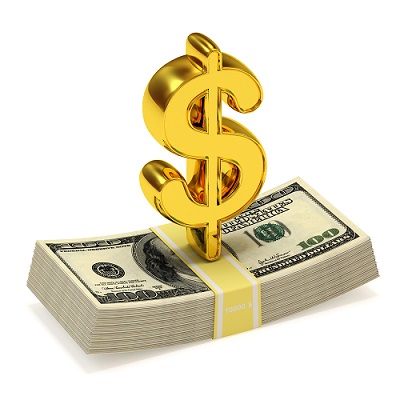 (Kitco News) - The well-established negative relationship between the price of gold and the U.S. dollar will lose some of its power in the near future, allowing gold to climb further, said Bloomberg Intelligence's Mike McGlone.

With a hawkish Federal Reserve rate hike over with, gold could be looking at higher levels amid rising inflation expectations and heightened market volatility, McGlone pointed out.

“Locked within the narrowest 52-week range in almost two decades and the third consecutive inside-range week, gold is about as ripe to move as it gets. Up is the path of least resistance, with bottoming inflation and stock market volatility,” the note said.

“Showing bullish divergence, despite the sharpest relative increase in the Bloomberg Dollar Spot Index above its 20-week average since the end of its 2016 peak, gold is holding above relative support,” McGlone said. “The most recent gold decline marked its third since the dollar peak, but to a lesser extent, despite the sharp dollar rally.”

“[Gold is] showing surprising and impressive resilience in the face of a strong surge in the U.S. dollar index today. Gold prices hit a four-week high today,” Wyckoff said in his PM Roundup. “The gold market’s gains today, amid the strong U.S. dollar, are another clue the yellow metal has put in a near-term bottom and can now trade at least sideways, if not sideways to higher, in the near term.”

Gold’s momentum comes a day after the Fed announced a 25 basis point rate hike, bringing the federal funds rate to a range between 1.75% and 2.00%. Fed’s statement also suggested two more rate hikes this year, as the economy continues to grow.

Gold Up, At 4-Wk. High, Despite Strong Gains In U.S. Dollar https://t.co/Twez4YWj0L pic.twitter.com/D8phq8CAQp

The U.S. dollar was largely boosted on Thursday, following a dovish European Central Bank’s (ECB) statement, which said that there will be no moves on rates at least through the summer of 2019 and added that the quantitative easing (QE) program will end at the end of the year.

“We decided to keep the key ECB interest rates unchanged and we expect them to remain at their present levels at least through the summer of 2019 and in any case for as long as necessary,” ECB President Mario Draghi said during a press conference.

In response to the news, euro tumbled, while the U.S. dollar index staged a major rally, nearing a 7-month high.