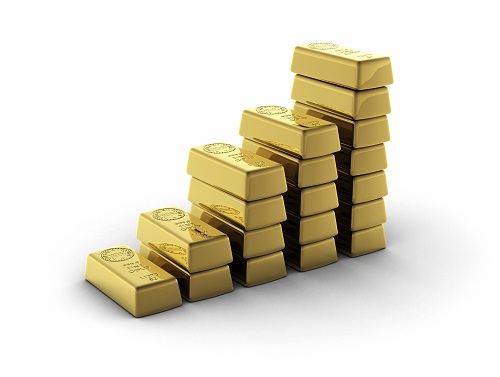 (Kitco News) - Gold’s upward move following the Federal Reserve’s latest rate hike is not a sign of a new rally, said Capital Economics, adding that gold will succeed only in 2019 and 2020.

“Somewhat counterintuitively, the price of gold edged higher following the Federal Reserve’s decision to hike U.S. interest rates for the second time this year. But we don’t think this is the start of a rally,” Capital Economics commodities economist Simona Gambarini said in a note published on Thursday.

The Fed’s Wednesday announcement was interpreted as more hawkish than anticipated, with the central bank raising interest rates by 25 basis points, which increased the Federal funds rate to a range between 1.75% and 2.00%.

“This can be interpreted as a modestly hawkish shift and it means that the Fed’s median interest-rate forecast for this year is now in line with our own long-held forecast,” Gambarini pointed out.

Gold rising above the key psychological level of $1,300 an ounce in response to Fed’s hawkish announcement is explained by temporary dollar weakness at the time of the statement and rising inflation expectations, added Capital Economics.

“There tends to be an inverse relationship between commodities prices and the value of the U.S. currency. But in the case of gold, this inverse relationship is even more accentuated as gold and the dollar can at times be considered substitutes,” Gambarini said. “[Also,] inflation expectations – as proxied by 5-year 5 year forwards – have been rising sharply in the past month. In addition, the Fed signaled that it would tolerate inflation above its 2% target at least until the end of 2020.”

But, even though this new momentum in gold is not a start of a new rally, Capital Economics does not project for prices to fall.

Capital Economics sees substantial gains for gold in 2019 and 2020, when it expects the Federal Reserve to run into trouble and start cutting rates again.

“We are more positive on the prospects for prices in 2019 and 2020 when a cyclical slowdown in the U.S. economy will force the Fed to end this tightening cycle sooner than it anticipates and to start cutting rates in 2020,” Gambarini said. “Our end-2019 and end-2020 forecasts for prices are $1,350 and $1,400 per ounce, respectively.”