How Do You Measure U.S.-China Trade War And What’s It To Gold? 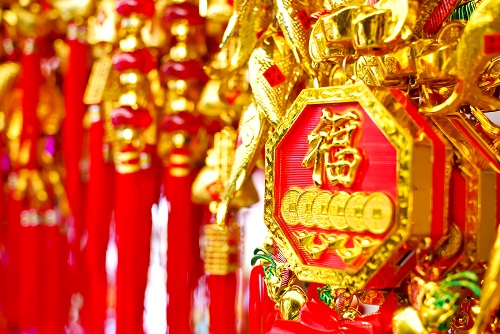 Analysts at RBC Capital Markets asked one of the most pertinent questions in geopolitics today: “What is a trade war between the U.S. and China worth from a growth perspective?”

And the results were surprising, according to RBC Capital Markets chief U.S. economist Tom Porcelli, who spoke on the topic at the RBC Global Mining and Materials Conference, which took place during the first week of June.

“If the U.S. and China went into a full on trade war, it would be worth half a percent to growth,” Porcelli said, noting that RBC’s U.S. growth forecast for the year is at 3%.

Porcelli also offered a comparison to the audience to help decide whether a trade war will have a big impact on economic growth or not.

The effects of tax cuts on economic growth are estimated to be at half percent as well, he highlighted. “The tax cuts are additive across the board. Most people will benefit from the U.S. tax cuts,” Porcelli noted.

When one is compared against the other, the negative impact of a trade war is balanced out by the positive impact of the U.S. tax cuts, stated Porcelli.

“So, if there was a full trade war between the U.S. and China, you claw back all of the good of the tax cut. And once the dust settles, you are left with 2.5% growth.”

When it comes to the impact on gold, the market will be paying more attention to the Federal Reserve’s interest rate hikes, noted RBC Capital Markets commodity strategist Christopher Louney.

“We did a study on testing conventional assumptions on what rising rates mean for the precious metals market and indeed conventional assumptions do hold,” Louney explained, noting some exceptions. “If rates are rising, that is not a good thing for gold, but there are couple of wrinkles to that. One, that relationship is asymmetrical. And two, there are a lot more factors at play.”

Gold prices were trading slightly higher on Monday, after a major drop on Friday that saw the yellow metal hit a six-month low amid world trade concerns. August Comex gold futures were last at $1,281.60, up 0.12% on the day.

“Unfortunately for the gold market bulls, their yellow metal now wants to act like a raw commodity instead of a safe-haven store of value. Still, the trade tensions worldwide could support the gold market if the situation deteriorates further,” Wyckoff said in his PM Roundup.