‘Significant Risk Of Recession In 2020’; What Does This Mean For Gold? 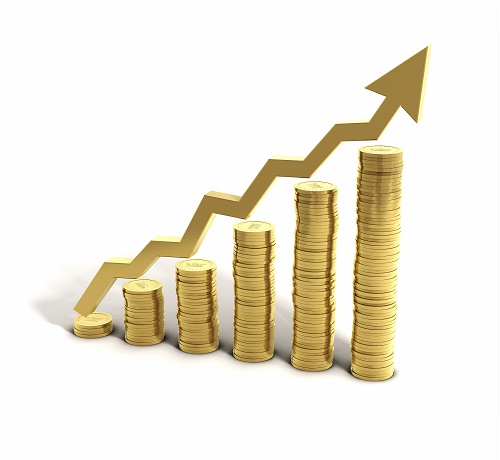 (Kitco News) - Despite stronger economic growth in 2018, Capital Economics is warning investors of a looming slowdown, estimating a 1.3% GDP growth in 2020 and a reversal of Federal Reserve’s tightening cycle.

“Fueled by the fiscal stimulus, we expect GDP growth to be 2.9% this year but, as the stimulus fades and higher interest rates become a bigger drag on the economy, growth should slow to 2.0% in 2019 and only 1.3% in 2020. In that scenario, we expect the fed funds rate to peak at just below 3% in mid2019, with the Fed being forced to cut interest rates again in 2020,” Capital Economics said in its latest U.S. Economic Outlook report.

What this means is that there is a “significant risk of a recession” in 2020, the firm’s economists wrote.

The economic slowdown could be exacerbated by the introduction of additional tariffs as well as a collapse of NAFTA.

Short-term economic growth that the U.S. is seeing this year will encourage the Fed to raise rates at least four times over the next 12 months, Capital Economics added.

But, rising interest rates will eventually start to hurt the economy, bringing about an economic slowdown and reversal of the Fed’s monetary policy tightening.

Some historical trends also point to a recession: “The tightening projected by the Fed over the coming year or two would bring that total increase to 300bp. That is as large as the average increase in real rates seen prior to the past five recessions,” the report said.

The biggest threat on the horizon is trading rhetoric spiraling “out of control,” according to Capital Economics.

“The latest tariff threats and potential retaliation, if implemented in full, raise the risk of a much worse scenario, in which exports fall outright,” the report noted. 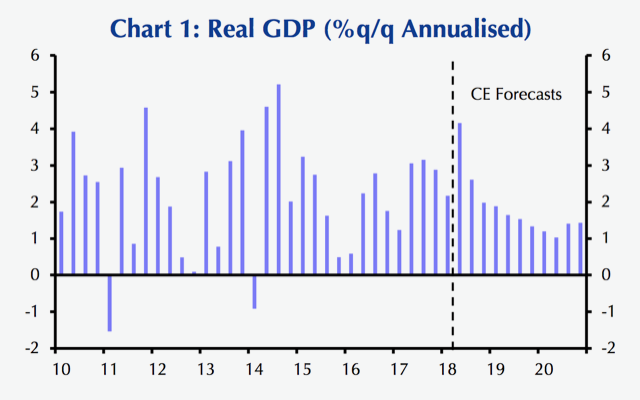 How will this affect gold?

Capital Economics is neutral on gold prices in the short-term, projecting for the yellow metal to end the year around $1,300 an ounce.

But, economic slowdown and a risk of a looming recession, could boost gold prices towards $1,400 an ounce within just two years, the firm’s commodities economist Simona Gambarini said earlier in June.

“We are more positive on the prospects for prices in 2019 and 2020 when a cyclical slowdown in the U.S. economy will force the Fed to end this tightening cycle sooner than it anticipates and to start cutting rates in 2020,” Gambarini said. “Our end-2019 and end-2020 forecasts for prices are $1,350 and $1,400 per ounce, respectively.”