Stay Away From Bitcoin - Alibaba's Chairman 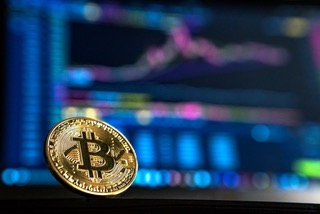 (Kitco News) - Alibaba's billionaire co-founder and chairman Jack Ma said that he has embraced blockchain technology and all the progress it has to offer, but warned against getting involved with bitcoin, which is “likely” in a bubble.

“Blockchain technology could change our world more than people imagine,” Ma said on Monday. “Bitcoin however could be a bubble.”

Ma’s comments came as he announced that e-commerce giant Alibaba’s affiliate Ant Financial has launched blockchain-based real-time money transfers between Hong Kong and the Philippines. This is the firm’s first attempt at digital wallets. The initiative is being done in partnership with Philippines-based GCash.

Alibaba’s chairman spoke in support of blockchain, which bitcoin is based on, but noted the digital currency itself could be driven by pure speculation.

“It is…not right to become rich overnight by betting on blockchain,” the Wall Street Journal quoted Ma as telling reporters. “Technology itself isn’t the bubble, but bitcoin likely is.”

Ma highlighted that the potential of bitcoin’s blockchain technology needs to be separated from the cryptocurrency.

“[Blockchain] must be used to solve data privacy, security and sustainability issues,” he said, adding that bitcoin has turned the technology into “tools and concepts for making money.”

The most coveted aspect of blockchain technology is that its public ledger cannot be altered or hacked into.