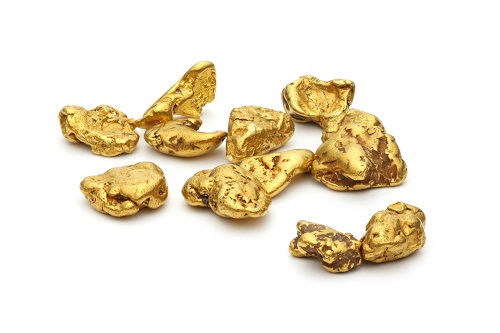 (Kitco News) - As gold prices continue to fall despite escalating trade war rhetoric, some well-known bears are turning bullish on gold, as they see an opportunity to enter the gold market at a lower level.

“The setup has strengthened, and I'm buying what I like to call ‘the most expensive doorstop’ in the world for the first time since the 2016 U.S. presidential election,” NationsShares president and chief investment officer Scott Nations wrote in a commentary published on CNBC.

Gold prices began to tumble in April, pushed down by a higher U.S. dollar while ignoring heightened geopolitical tensions.

August Comex gold futures continued to trade under heavy pressure on Monday, last seen at $1,268.50 an ounce, down 0.17% on the day.

Analysts are noticing a solid support building around the $1,265 level, according to Kitco’s global trading director Peter Hug.

“The fundamental dynamics suggest gold will remain under pressure until there is a discernible reversal in dollar sentiment. We are seeing some support lining up at the $1,265 level, with upward momentum capped at the $1,278 area,” Hug said in his latest post.

Nations is in the camp that sees gold as being oversold, which makes the short-term move “compelling,” according to his post.

“The metal's relative strength index has sunk to 26, indicating an oversold environment,” he said. “The catalyst for the break in gold prices was this strength in the greenback, highlighted by the dollar's bullish ‘golden cross’ when its 50-day moving average crossed over its 200-day moving average earlier this month.”

‘Significant Risk Of Recession In 2020’; What Does This Mean For Gold? https://t.co/L0CwG5zfzV pic.twitter.com/aPm4oZQV0h

Hug said he is convinced that despite lower prices investors still remain interested in the yellow metal. “Retail buying has begun to emerge, which suggests investors remain engaged, albeit looking for lower entry points,” he wrote.

“As we approach July, there should be a discernible drop in volume but that is not necessarily a bearish outcome. In past cycles, when lower prices enticed buyers in quiet markets, the demand surge caught producers by surprise and premiums rocked higher. Physical premiums remain at historic lows for investors looking to add to their holdings,” Hug added.