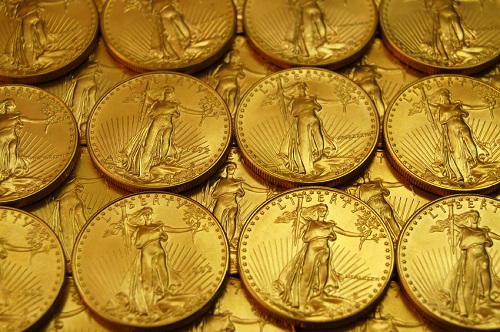 (Kitco News) - With gold back to trading near six-month lows and prices struggling to catch a break during the past few weeks, analysts are saying that gold is failing to attract safe-haven interest due to a surging U.S. dollar.

Even though there is a clear threat of a trade war on the horizon, markets are not fleeing to safety, which is why gold prices are not reacting, analysts told Kitco News.

“There was a bit of an uptick in the U.S. dollar this morning after an anticipation by the market that the dollar will drop,” TD Securities head of global commodities strategy Bart Melek told Kitco News on Tuesday. “For the most part, this is the reason for lower gold.”

And it’s not just today, said ING commodities strategist Oliver Nugent, adding that the U.S. dollar resurgence has been a strong downward driver for gold during the past couple of weeks.

But the precious metal’s “biggest disappointment” this year has been that it keeps failing to attract safe-haven inflows in a meaningful way, according to Nugent.

“Gold has lost that allure,” he said. “It started off with a lot of fatigue earlier in the year. It was close to breaking above $1,350, but consistently failed to generate returns in a rising yield environment.”

The worst part of the summer story could be that gold is not yet done bottoming out. “Gold is oversold, but doesn’t seem to want to bottom out either,” Cieszynski noted.

What’s next for gold?

Analysts are projecting more losses for gold before a rebound, noting that historically summer is a seasonally weak period for prices.

“Nothing fun” is in store for prices in the short term, said Melek, with technical activity pushing gold out of the way.

“This quarter won’t be particular great. We might stay slightly above today’s levels on average,” he added. “We don’t see sustained move beyond $1,300 until early next year.”

Cieszynski pointed out that since the gold market breached the $1,265 support level, the next move could be to test $1,240.

Gold is likely to stay near the bottom of last year’s trading range — $1,240 and $1,360, Cieszynski added. “We could be getting closer to a seasonal washout, but we are not there yet,” he said.

On the positive note, the interest-rate environment is becoming more favorable for gold, with inflation expectations rising — a good sign for the precious metal that has traditionally been viewed as an inflation hedge, noted Melek.

On top of that, lower gold prices might encourage more physical buying in key markets, including China and India, Nugent pointed out.

“If you look at the jewelry demand in China, it has been incredibly robust already after being stimulated by lower prices. Plus, the turnaround in India is expected. At lower prices, we could see more buying,” he explained.