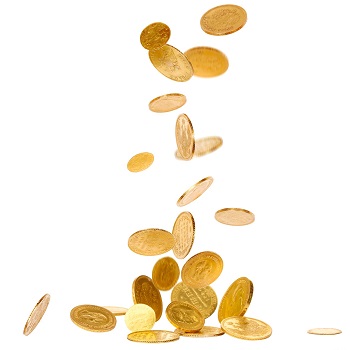 (Kitco News) - The summer dip in gold prices might be a sign of a reversal for the yellow metal, according to one gold bull, who is expecting to see a “takeoff” amid a “friendlier” macro environment.

“A short-term bottom in gold seems to be very likely at this juncture, thanks to a slightly friendlier macro backdrop,” Boris Mikanikrezai, precious metals analyst at Metal Bulletin, wrote in a Seeking Alpha post on Tuesday.

Gold prices have suffered a series of losses these past few weeks, hitting a fresh six-month low of $1,256.40 an ounce earlier in the session. August Comex gold futures were last seen at $1,260.30 an ounce, down 0.68% on the day.

One of the main obstacles for gold prices has been a stronger U.S. dollar, which made unexpected gains amid heightened geopolitical tensions.

Mikanikrezai’s outlook sees this trend reversing, as further escalation of trade war rhetoric could take away from the U.S. dollar’s gains and boost gold prices.

“The tough stance on trade adopted by the U.S. administration has resulted in retaliatory measures by its trading partners … As a result, it is safe to argue that trade tensions are likely to worsen before getting any better,” Mikanikrezai wrote. “Global risk-taking appetite could decline more pronouncedly (even if central banks step in), the dollar could give back its earlier gains, and U.S. real rates could accelerate their decline.”

TDS: Better Days May Be Ahead For Gold Amid ‘Trade Angst’ https://t.co/0mBqlur7hU pic.twitter.com/kWRP48coxE

The short-term direction of gold prices should be up, according to Mikanikrezai, who advises holding a long position in BAR [GraniteShares Gold Trust ETF].

“Against a friendlier macro backdrop for gold, I expect gold prices (proxied by SPDR Gold Trust ETF - GLD) and gold mining equities (proxied by the VanEck Vectors Gold Miners ETF - GDX) to move higher toward their monthly highs in the near term,” he said. “I would emphasize that gold may need time before rallying at a more convincing pace.”