Gold Still Under Pressure As U.S. Pending Home Sales Disappoint In May 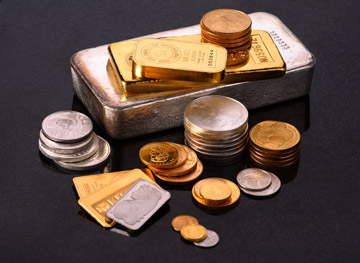 (Kitco News) - Gold prices were largely unchanged, but still trading near six-month lows after housing data showed that fewer consumers than expected committed to buying a home in May, according to the National Association of Realtors (NAR).

The U.S. Pending Home Sales were down 0.5% in May, marking the fifth consecutive monthly decline on an annualized basis, the association said on Wednesday. Consensus forecasts were calling for an increase of 1.1%.The Pending Home Sales index came in at 105.9 in May, down from April’s 106.4 reading.

Gold prices were trading near daily lows immediately after the data was released, with August Comex gold futures last at $1,256.30, down 0.29% on the day. Earlier in the session, prices hit a fresh six-month low, largely dragged down by a rallying U.S. dollar.

“Realtors in most of the country continue to describe their markets as highly competitive and fast moving, but without enough new and existing inventory for sale, activity has essentially stalled,” Yun said. “Several would-be buyers this spring were kept out of the market because of supply and affordability constraints. The healthy economy and job market should keep many of them actively looking to buy, and any rise in inventory would certainly help them find a home.”

Economists watch closely the pending home sales numbers because the index is seen as a forward-looking barometer for the housing market. A lag of a month or two usually exists between a contract and a completed sale.