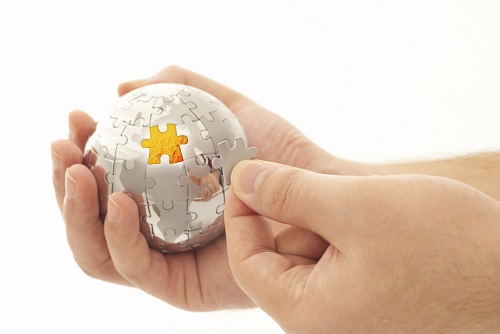 The final estimate of the first-quarter gross domestic product showed the U.S. economy growing at an annual rate of 2% versus the expected 2.2%. This is the third GDP reading. The very first estimate projected Q1 growth to be at 2.3%.

Inflation was also slightly weaker than expected with the Personal Consumption Expenditures Index increasing 2.5%, down from the second estimate of 2.6%. Core PCE, which strips out volatile food and energy prices and is the Fed’s preferred inflation measure, increased 2.3%, meeting market expectations.

The report also noted that consumer spending, which represents more than two-thirds of U.S. economic activity, was revised down for Q1 as well, increasing 0.9% in comparison to the previous estimate of 1%, marking the slowest pace in nearly five years.

Gold was unable to use the momentum to break higher, continuing to trade under pressure due to higher U.S. dollar, which has been rallying in light of rising trade war tensions. But, some analysts see gold as oversold and due for a correction any moment.

“Both markets are now technically oversold on a short-term basis and due for decent rebounds very soon. Also, the big rally in crude oil prices recently suggests the raw commodity sector has bottomed out and will see better days just ahead,” Kitco’s senior technical analyst Jim Wyckoff said. “Many raw commodity prices at present are being viewed as value-buying opportunities, on a longer-term basis, including the precious metals.”