Cryptos Are Dying: Over 800 Digital Coins Are No More 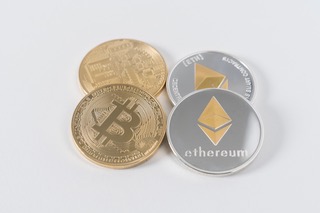 (Kitco News) - Many crypto traders believe that great risk may lead to even greater rewards, but recent data showed that the crypto bubble could be reaching a boiling point, with over 800 new cryptocurrencies already dead.

The website Dead Coins tracks all the failed ICOs, listing more than 800 different types of digital coins as either worthless or trading at less than 1 cent. Some of that failure was due to bad startups, others were taken down by scams or hacks, according to the website.

“There has obviously been a lot of fraud and hype in the ICO market," business author and investor Aaron Brown told Bloomberg. “I accept figures I have seen that 80 percent of ICOs were frauds, and 10 percent lacked substance and failed shortly after raising money. Most of the remaining 10 percent will probably fail as well.”

As bitcoin was blowing up last year, hitting an all-time high of nearly $20,000 in December, so were the initial coin offerings (ICOs), which are similar to initial public offerings (IPOs) in a sense that they let investors purchase new digital tokens like shares in order to fund the tech company behind their creation.

There is much talk around crypto bubbles, especially when it comes to bitcoin, and Dead Coins’ latest data point to even more evidence of that, CNBC reported.

Part of the problem with ICOs is that startups try to raise as much as possible without having a clear plan, a product or an experienced team, according to ICO advisory firm Satis Group.

But, even with this high level of risk, ICOs have been prospering. Money raised by ICOs in 2018 so far already beat last year’s $3.9 billion, according to CoinSchedule, which tracks ICOs statistics. And new digital coins continue to be created on what seems like a daily basis.

Back in May, The Wall Street Journal uncovered that investors splashed out $1 billion on initial coin offerings (ICOs) that were full of “red flags.”

Out of the 1,450 digital coin offerings, 271 were fraudulent, according to the WSJ report. Some of the red flags identified by the WSJ were: “plagiarized investor documents, promises of guaranteed returns and missing or fake executive teams.”

In the meantime, big-name cryptocurrencies like bitcoin have been suffering, which could potentially lead to more crypto deaths. Bitcoin already lost around 70% of its value since hitting nearly $20,000 in December. The cryptocurrency was last seen trading at $6,544.40, down 0.69% on the day, according to Kitco’s aggregated charts.