(Kitco News) - Rising inflation fears could be the reason why gold is not doing better with the U.S. and China on the brink of a full-fledged trade war, according to the chief economist at CME Group. 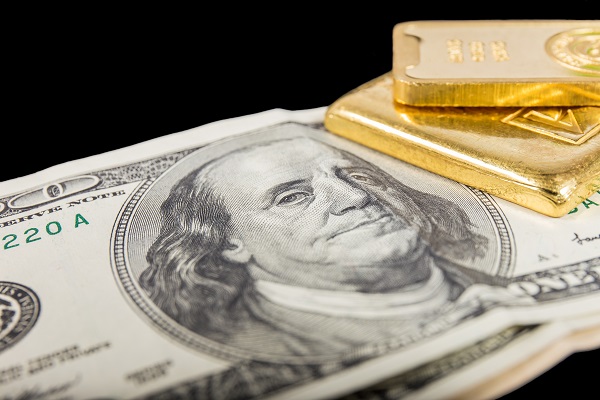 Although U.S. investors have a small reprieve from trade-war talks as markets are closed in celebration of Independence Day, many are waiting to see what will happen after the holiday. Friday is the U.S. government’s deadline to implement $34 billion in tariffs on imported Chinese goods. The Chinese government has threatened to retaliate in kind on the same day.

Despite the looming geopolitical threats, the gold price has been lackluster with prices hovering at levels not seen since the start of the year. CME’s Globex electronic exchange is open until 1 p.m. EDT and in a very quiet marketplace, August gold futures --showing modestly positive gains -- last traded at $1,256.80 an ounce, up 0.26% on the day.

In a report Wednesday, Blu Putnam, chief economist at the CME Group, said that gold is not benefiting from growing trade tensions because of rising inflation.

“The problem for gold is that it does not bear any interest, and the Federal Reserve is pushing short-term rates higher,” he said. “If core inflation was to move well above the Fed's 2 percent target, the Fed would push rates even higher to stay abreast of rising inflation.”

Putnam said that if gold prices are going to move higher, the market needs to see lower inflation, which would take the pressure off central bank to hike rates.

Many analysts have noted rising real interest rates has had a significant impact on gold prices. The market has been in a significant downtrend since the June Federal Reserve monetary policy meeting. Not only did the central bank raise interest rates by 25 basis points but the committee also sees two more rate hikes this year.

While inflation is weighing on sentiment in the precious metals sector, the CME sees strong trading activity in the marketplace. Tuesday the CME group reported that average daily trading volume in gold futures and options in the second quarter totaled 383,000 contracts, an increase of 29% compared to the second quarter of 2017.