Look For Gold To Rally In September As USD Weakens - Natixis

(Kitco News) - Gold prices are pushing modestly higher as the U.S. dollar losses some momentum as it falls from its recent 12-month high, but one French bank thinks investors have to wait until the fall to see a clear uptrend in the precious metal. 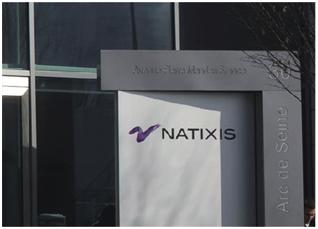 In a report Thursday, Bernard Dahdah said that they are expecting to see material weakness in the U.S. dollar in September, which should support gold prices through to 2019.

“We see the dollar remaining firm until September, at which point the ECB is expected to announce monetary policy normalization. The dollar could even remain stronger into 2019 if the euro is penalized by uncertainties caused by Italy or Brexit,” he said in the report. “That being said, in our central scenario we see downward pressure on the dollar by the end of 2018 as other central banks begin to normalize their monetary policy.”

Looking at gold prices, Dahdah said that they see the yellow metal averaging the rest of the year around $1,260 an ounce and averaging around $1,310 an ounce in 2019. The bank is slightly more optimistic on gold next year as it has raised its gold price forecast by nearly 4% from its previous estimate of $1,260 an ounce.

Dahdah noted that since April, the gold market had dropped almost 8% since April, which coincided with surging momentum in the U.S. Dollar Index. However, the greenback has lost some momentum recently as the Index hovers just above initial support at 94 points.

Natixis also sees modest potential for silver. In his updated forecast Dahdah said that he sees silver prices averaging 2019 at $16.70 an ounce, up from its previous estimate of $16.20 an ounce. He added that the precious metal could hit a high of $18.70 an ounce next year.