(Kitco News) - Gold looks like an attractive buy at the moment, with investor sentiment reaching the bottom in the marketplace, according to one European fund manager. 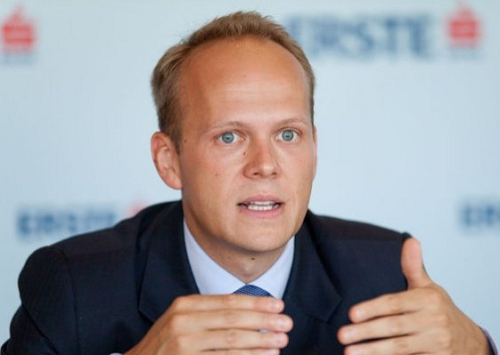 In a recent interview with Kitco News, Ronald-Peter Stoeferle, fund manager at asset-management firm Incrementum AG and author of last month’s latest In Gold We Trust annual report, said that from a risk-reward perspective, gold looks extremely attractive. He added that he sees several factors that will lead to higher prices by the end of the year.

“I think we have seen the lows in gold for the year,” he said.

Stoeferle’s comments come as the gold market has managed to bounce off its 12-month lows and is currently trading below the initial resistance of $1,260 an ounce. August gold futures were last at $1,256.40 an ounce, up 0.24%.

The most significant factor driving gold prices higher is falling momentum in the U.S. dollar, said Stoeferle,noting that interest in the greenback is starting to wane as the Federal Reserve moves closer to the end of its interest rate hike cycle.

Mark my words: The lows in gold is in! pic.twitter.com/eayaJL6R1F

“We are in the seventh or eighth inning of this rate hike cycle and people are starting to realize that the Fed doesn’t have that much room to move higher,” he said.

Stoeferle added that growing global economic uncertainty because of rising trade tensions could even force the U.S. central bank to reverse course and loosen monetary policy.

On top of that, the fund manager sees the recent strength in the U.S. dollar as a short-squeeze that is almost finished as investors were significantly net-shorting the currency at the start of the year.

“I’m not convinced that the U.S. dollar is in a new uptrend,” he said. “The Trump Administration knows that it needs a weak U.S. dollar for the reindustrialization of the country.”

The second factor to drive gold prices higher in the second half of the year is growing volatility in developing and emerging markets, said Stoeferle. He added that at current prices, gold is an attractive safe-haven asset.

“Everything right now is going into equities and the market looks strong, but below the surface, cracks are starting to show,” he said. “I think the technical picture of the stock market doesn’t look very healthy, especially in emerging markets. Emerging markets are a mess right now.”

Finally, Stoeferle said that despite strong negative sentiment in the gold space, the metal and sector has held up reasonably well. He noted that while prices are down, gold equities have not seen any major capitulation-type selloff.