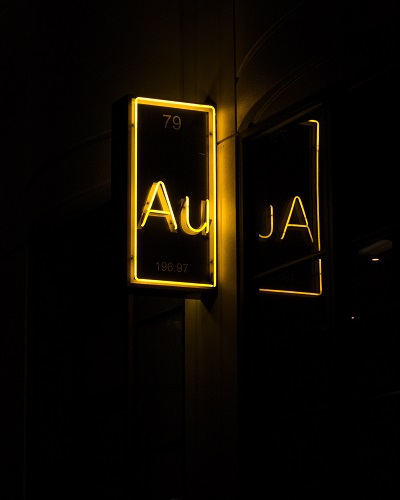 (Kitco News) - After nearing one-year lows in June, gold is looking to get its groove back and head upwards during the rest of the summer months, according to TD Securities, which cites the lack of fuel in trade war rhetoric and a weaker U.S. dollar as supporting factors for the metal.

“The yellow metal is projected to move past $1,270/oz during the summer months. Indeed, we would not be surprised to see the yellow metal move into $1,300/oz in the final three months of 2018,” said TD Securities head of global strategy Bart Melek in a report published on Monday.

“A weaker USD, poor appetite for risk assets and lower yields on the long end of the curve were the key factors driving the yellow metal higher last week,” Melek wrote. “An ever falter yield curve, which gave rise to inversion speculation and concern that the current U.S. economic expansion may be coming to an end, was another strong reason why gold has performed relatively well in recent days.”

In the short term, some market speculators are likely to reel back their hawkish outlook around the Federal Reserve monetary policy tightening, which will be supportive of gold prices, the report highlighted.

“It is likely that many gold market participants may be walking back their somewhat lofty Fed rate hike expectations, which along with angst in the emerging economies and trade concerns, should provide support to their currencies, which in our opinion have been instrumental in placing a pall on gold,” he said. 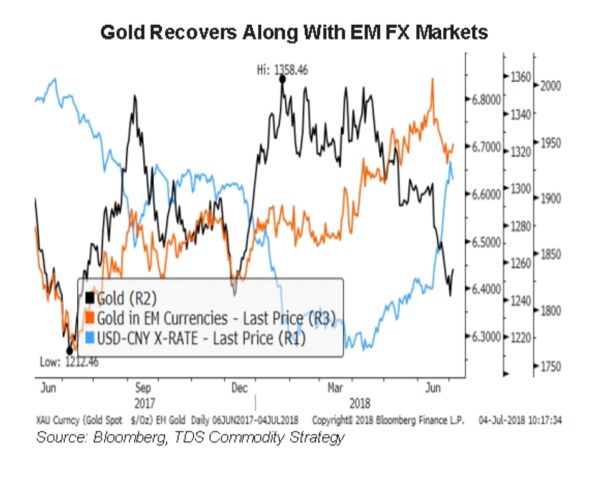 In the meantime, Melek expects the U.S. dollar’s rally to take a step back, as the European Central Bank (ECB) gets ready to raise rates — another good sign for gold.

With no serious escalation in trade war rhetoric between the U.S. and China this week, investors are likely to shift their attention to macroeconomic data, the bank’s commodity strategist Daniel Ghali pointed out.

“Inflation data in the U.S. will likely be in the spotlight for precious metal traders with CPI and PPI scheduled for release, but in addition to the macro data, market participants will likely be watching the NATO summit as President Trump travels to Europe,” Ghali wrote.

“Given the recent equity market angst and talk of a trade-driven slowdown in global growth, traders could interpret weakness in inflation as a sign that the Fed could still walk back from their aggressive hiking rhetoric,” Ghali explained.