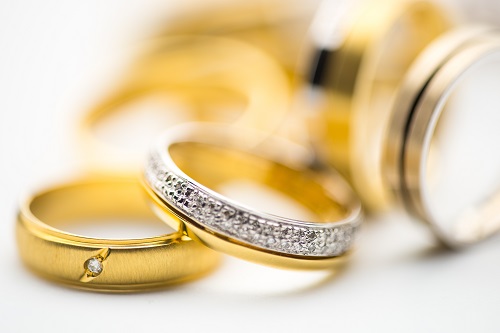 (Kitco News) - As gold is searching for new buyers amid a general lack of safe-haven interest on the market, Australia’s ABC Bullion found out that almost 50% of the population never even thought about investing in the yellow metal.

“We wanted to identify the major barriers which are preventing Australians from holding gold in their portfolios. What we learned was staggering: 45% of Australians never even thought about investing in gold, and that’s not good for anybody,” ABC Bullion said after conducting its ‘Australians Investing In Gold’ survey.

The survey was sent out randomly to “general Australian population” and out of the 372 respondents, 44.7% said they “never thought” about investing in the yellow metal, 12.6% said they “don’t know how to invest” in gold, 7.1% replied that “there were not investment yield”, 6.8% said that the precious metal is “too volatile,” 5.3% noted that gold “seemed hard to buy and sell”, and the other 33.9% replied “none of the above” as their reason for not investing. 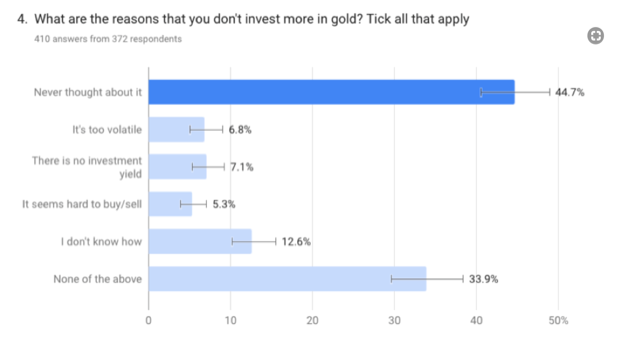 The “real issue” behind 45% of Australians ignoring gold is lack of knowledge about a key financial strategy that utilizes the yellow metal — portfolio diversification, according to ABC Bullion.

“The point is not that gold should supplant housing or shares, but that gold should complement other investments. It simply has too much to offer as an inflation hedge, safe-haven investment and historical store of wealth to be sidelined in the investment conversation,” the organization said.

Another reason why Australians might be overlooking the traditional safe-haven asset is the surging property market in Australia, which could be luring investors away from gold.

“[There was an] incredible rise in the value of Australian property over the past twenty-five years, with many Australians doing very well leveraging into residential property over this time period,” ABC Bullion wrote. “Had the Australian property market had a crash like the U.S. property market had, and if interest rates had been cut to zero locally, like they have been in the U.S., Europe and Japan, then we would expect gold demand to be higher in Australia.”

The bullion dealer also pointed out that rising risk within the country’s housing market could potentially lead to higher gold prices.

As an investment instrument, gold has a lot of potential in Australia as the majority of the population does not own the precious metal at the moment. Around 86% of those surveyed said they don’t own physical gold in their investment portfolio.

“The results of our research should serve as a wake-up call to investors. It’s so easy for any of us to be drawn into the hype around various investment classes … But at the end of the day, there is no substitute for comparing a broad range of asset classes and diversifying your portfolio accordingly,” ABC Bullion said. “Gold has been humanity’s trusted investment of choice for over six thousand years, because it retains its value as currency despite political regime changes and new technological innovations. During tumultuous times like these, any investor ignoring that heritage does so at their own risk and peril.”