Gold Has Not Entered A New Bear Market - ScotiaMocatta

(Kitco News) - Although there are logical reasons behind gold’s sharp sell-off, the market has not entered a new bear market, according to analysts at global bank ScotiaMocatta. 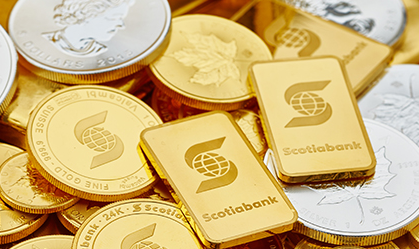 In their July precious-metals report, the analysts said that it’s a little surprising that gold hasn’t caught a safe-haven bid as geopolitical tensions have risen sharply as a result of an escalating global trade war. However, the analysts added that gold has some fairly tough competition in the safe-haven space.

“Gold has failed to attract safe-haven buying as U.S. Treasuries pay a yield – overseas buying of bonds has also lifted the dollar, creating another headwind for gold,” the analysts said. “That said, with the yield now slipping, the dollar’s rally has halted and if it starts to pull back further, then that could begin to support gold prices again.”

The Canadian bank also sees some reason for optimism in the gold market on a technical level. Even though gold prices have struggled to push off recent 12-month lows, the analysts have noted that the market is holding critical long-term support.

“A look at the weekly chart above shows prices are still well up from the 2015 lows and are holding above the numerous lows seen in 2017,” the analysts said.

Gold’s speculative positioning, which showed an increase in its net-short interest last week, is also a sign of future potential price gains.

“Given that the peaks in the gross short position tend not to last, it does look as if the market is setting itself up for a period of short-covering again, although the short position may still have further to climb before it peaks,” the analysts said. “The low level of the gross long position would also mean there is plenty of room for fresh buying too.”

The report also noted that gold’s sell-off is just part of a bigger trend. The analysts explained that although gold is down almost 9% from its April peak, the Dow Jones Industrial Average has dropped 10% from its highs at the start of the year. At the same time, the analysts noted that industrial metals as seen in the LME Index dropped 11% from the 2018 peak.

“As such, we do not think this is the start of a bear market for gold prices, but just another downward move within the sideways trading that has dominated the market since prices peaked in 2016,” the analysts said.

“The recent sell-off has seen prices drop back to the lower levels of the range, so we expect support to be found before too long. The past three major dips since late-2016 have tended to be short-lived, so we would be looking for a buying opportunity during July,” the analysts said.

Silver continues to struggle as prices have pushed below critical psychological support; September silver futures last traded at $15.925 an ounce, down 1% on the day.