(Kitco News) - Although gold is struggling to attract investors, it is still an excellent alternative in a portfolio as it is only a matter of time before inflation picks up, according to one fund manager. 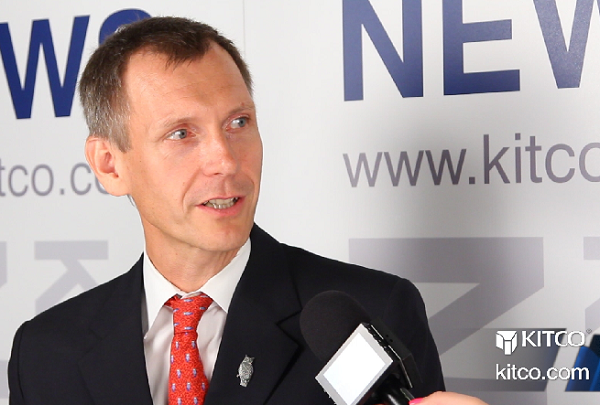 In a phone interview with Kitco News, Axel Merk, president and chief investment officer of Merk Investments said that he still likes gold in this environment since he doesn’t expect to see a significant rise in real interest rates even as the Federal Reserve keeps pace with rising inflation.

Merk’s comments come as the gold market is attracting some bargain hunters after Wednesday’s sharp selloff. While gold has managed to push higher, prices are still hovering near a one-year low. August gold futures last traded at $1,247 an ounce, up 0.21% on the day.

“Interest rates are going to move higher but real rates will remain low and I think gold will do just fine in that environment,” he said. “I still like gold as an important diversifier as inflation moves higher.”

Not only is the gold market having to digest new expectations for interest rates, but Merk added that it also has to fight against deflationary threats of escalating global trade wars. Wednesday, the gold market was swept up in a broad-based financial market selloff after the U.S. government threatened to impose $250 million in tariffs on imported Chinese goods.

Although tariffs are inflationary, Merk explained that they increase costs for consumers, which leads to lower consumption and, ultimately slows down economic growth. He added that deflationary pressures are negative for gold.

However, Merk said that he is not worried about the U.S. economy falling into a deflationary recession.

As to what will eventually drive investors back to gold, Merk said that it will be a sharp downturn in equity markets, which he sees coming as the Federal Reserve raises interest rates.

Merk added that it isn’t just gold that is struggling in this environment. He explained that all significant safe-haven assets like U.S. Treasuries, the Swiss franc, and the Japanese yen have all failed to catch a bid in the current market environment.