This Could Finally Be The Time To Buy Gold - BAML Survey 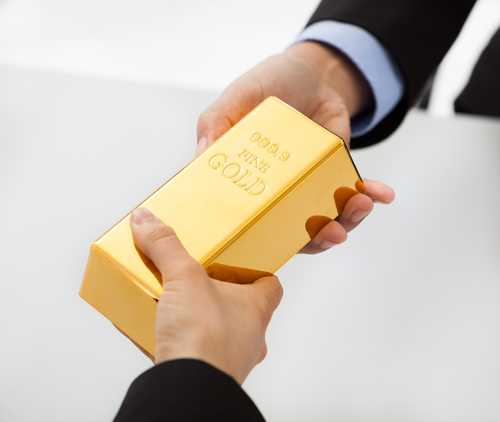 (Kitco News) - With gold trading below $1,230 an ounce, this could finally be the time to be buying the precious metal, with a record number of fund managers in the Bank of America Merrill Lynch’s (BAML) monthly survey saying that the metal is undervalued.

At least 17% of fund managers surveyed by BAML stated that gold was trading below its actual market worth, marking the highest level of votes on record for the survey, CNBC reported on Tuesday.

After analyzing survey results, BAML strategist said that investors who are looking for a “contrarian” position from the popular market trends should be paying attention to gold.

The BAML survey also revealed that more than half of the 178 fund managers interviewed believe that the most popular space in the marketplace right now is the FAANG stocks — Facebook, Apple, Amazon, Netflix and Alphabet's Google.

The bank’s comments come as gold continues to struggle, dropping more than 4% in the last 30 days alone.

August gold touched a fresh one-year low of $1,226.40 on Tuesday and then traded around $1,228, keeping all of the losses into Wednesday’s Asia market open.

When speaking in front of the U.S. Senate Committee on Banking, Housing, and Urban Affairs, Powell signaled that the central bank will continue to gradually raise interest rates while normalizing its monetary policy and reducing its balance sheet.

“The latest data suggest that economic growth in the second quarter was considerably stronger than in the first,” Powell said. “The solid pace of growth so far this year is based on several factors. Robust job gains, rising after-tax incomes, and optimism among households have lifted consumer spending in recent months.”