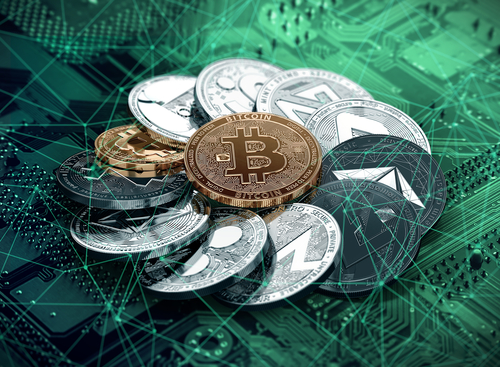 (Kitco News) - Former U.S. President Donald Trump’s advisor Steve Bannon is now the newest player in the cryptocurrency market, stating that he not only owns bitcoin but is also thinking about creating his own cryptocurrency.

“I like bitcoin. I own bitcoin,” Bannon told CNBC during the Delivering Alpha conference in New York on Wednesday.

The cryptocurrency Bannon is contemplating of launching would be called “deplorables” coins, which is a reference to how Hillary Clinton described Trump’s supporters during the 2016 presidential campaign — “basket of deplorables”.

Aside from volatility, one of the more dangerous aspects to the crypto market is initial coin offerings (ICOs), said Brannon, warning investors against getting involved.

“Too many investors get blown out by things that aren't thought through,” he said.

Despite Bannon’s optimism on cryptocurrencies, the Delivering Alpha conference was overall fairly critical of the digital money space, CNCB reported, especially in light of bitcoin’s massive drop from an all-time high of nearly $20,000 hit in December.

In terms of short-term price action, bitcoin is having a great week so far, rising 19% in the last four days. Bitcoin was last seen trading at $7,364.80, up 0.61% on the day, according to Kitco’s aggregated charts.

Aside from cryptos, Bannon also spoke about the U.S.-China trade war, stating that the U.S. is “at war” with China and that it is “winning.”

“How it ends is in victory. Victory is when they give all full access to their markets,” he told CNBC.

Far from all, however, support this trade war. And the latest group to speak out against the introduction of additional tariffs will be the Alliance of Automobile Manufacturers, which represents major automakers.

The group is scheduled to tell the U.S. Commerce Department on Thursday that a 25% tariff on imported vehicles would increase the price of U.S. cars by $83 billion annually and would lead to hundreds of thousands of jobs being cut.

“Higher auto tariffs will harm American families and workers, along with the economy,” the group will say in their prepared remarks, according to Reuters. “[Tariffs] would raise the price of an imported car nearly $6,000 and the price of a U.S.-built car $2,000.”