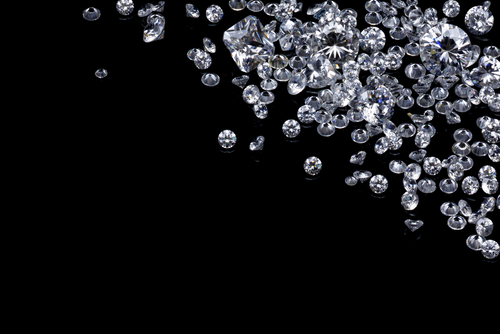 (Kitco News) - A staggering diamond discovery hidden deep below the Earth’s surface could potentially make the precious stones common. But, the only problem is technology that could get them out does not yet exist.

The rocks at these deep levels are called cratonic roots — “the oldest and most immovable sections of rock that lie beneath the center of most continental tectonic plates,” according to MIT News.

These “roots” can take forms of mountains below the surface and may contain “1 to 2 percent diamond,” the new study stated.

“This shows that diamond is not perhaps this exotic mineral, but on the [geological] scale of things, it’s relatively common,” said Ulrich Faul, a research scientist in MIT’s Department of Earth, Atmospheric, and Planetary Sciences. “We can’t get at them, but still, there is much more diamond there than we have ever thought before.”

The diamond trove was found through an anomaly in seismic data, which was used to determine the constitution of the Earth’s interior, according to the study.

The anomaly that started the project was the discovery that “sound waves tend to speed up significantly when passing through the roots of ancient cratons,” MIT News reported.

What the researchers came to is that the presence of diamonds inside the ancient “roots” could explain the sound speed mystery since sound travels faster when diamonds are in the vicinity.

“Diamond in many ways is special,” Faul said. “One of its special properties is, the sound velocity in diamond is more than twice as fast as in the dominant mineral in upper mantle rocks, olivine.”

The study was published in the Geochemistry, Geophysics, Geosystems journal in June.