(Kitco News) - Gold’s current price presents an attractive entry point as investors should expect macro trends to boost the yellow metal’s relevance in the coming months, according to the World Gold Council (WGC). 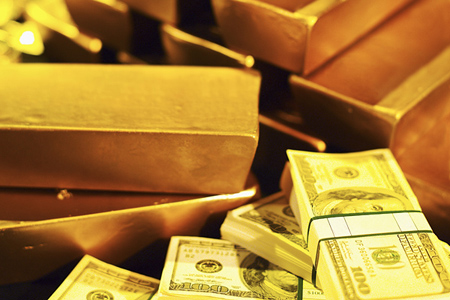 “Gold’s recent pullback is supportive of consumer demand, as low prices tend to spur buying; at the same, it may provide attractive entry levels for investors,” the WGC said in its latest report Thursday.

The analysts at the WGC make the case that three critical macroeconomic forces will drive gold’s behavior in the second half of 2018: positive but uneven global economic growth, trade wars, and rising inflation and an inverted yield curve.

“Gold’s long-term returns are positively linked to economic growth, but its short-term performance is more sensitive to risk and uncertainty,” the report said, “And gold's dual nature could benefit from key macroeconomic trends developing in the second half of the year.”

According to the council, global growth has generally been increasing over the past few years, and this trend is likely to continue but will not be synchronized across regions.

China, India, and the U.S. may all see an economic expansion that would be beneficial for consumer demand for gold, said the report.

By contrast, European markets could likely remain soft as political turmoil and uncertainty around Brexit loom on investors’ radars.

Despite escalating trade war rhetoric, the equities markets have largely shrugged off risks or at least discounted its long-term effects, said the WGC.

However, tariffs could eventually weigh down on economic growth and weaken the dollar, which would be a positive for gold, according to the WGC.

Inflation has been slowly rising and is now at 2.9% in the U.S., which is higher than the 2% target inflation rate set by the Federal Reserve. The WGC said that inflation may continue to increase in light of higher tariffs being imposed.

“Looking forward, the expansion of protectionist economic policies has significantly increased the risk that inflation will accelerate further. And companies facing higher tariffs will likely pass the bill to consumers,” the report said.

Analysts at the WGC added that historically, investors have used gold as an inflation hedge and the yellow metal has seen prices increase substantially when inflation rises above 3%.

Gold has had a strong start to the year but has seen a lackluster performance in the second quarter as investors flocked to risk assets, particularly tech stocks.