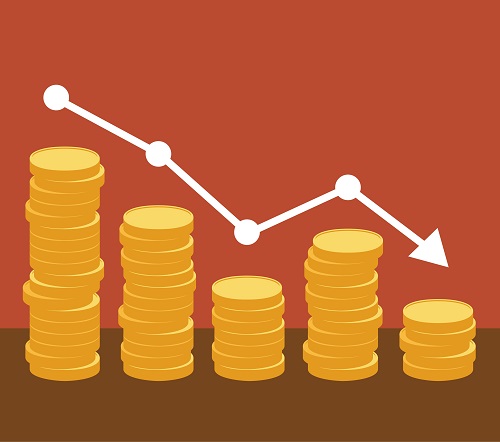 (Kitco News) - One of the reasons behind no clear bottom in gold prices could be the summer doldrums, according to one analyst at Standard Chartered.

“In the current environment, gold is really struggling to garner that safe haven demand,” Cooper stated. “It seems to me a lot of that has to do with the fact that we're in a physically weak period, and you normally would have a better floor for prices.”

The yellow metal has been seeing some major sell-offs recently, dropping around 11% since this year’s April highs.

August Comex gold futures saw a temporary boost after the U.S. President Donald Trump’s criticism of the Federal Reserve’s monetary policy tightening, but then dropped back to $1,222 levels. As Asian markets opened on Friday, the August gold futures were trading at $1,223.10, down 0.07% on the day.

“It's an unusual period we're in —July and August when we tend to see very little physical buying anywhere,” Cooper said.

Investors will have to wait until the end of summer to see if this downtrend in gold is here to stay, the analyst added.

“September will give us an idea of whether we're seeing a structural change in the market. We also expect some of the strength of the dollar to fade,” Cooper said.

TRADER TALK: The next few #gold rallies should be sold until #metal can rally and stay above the $1,240 level - @Bubba_Trading https://t.co/l0rCe16JJ6 pic.twitter.com/QyBa2x2noQ

A positive sign for gold traders is that the precious metal is currently technically oversold, the analyst highlighted.

“We're still seeing some concern that inflation could pick up but there's not enough concern about inflation or inflationary pressure to see investors allocate into gold. We're in no man's land. The dollar is weighing on the market. The Fed is hiking, but we're not seeing inflation that would bring people back into the market. Where prices are at the moment it will be interesting to see if there is a physical demand market response,” she explained.

One thing that could help physical demand is India — the world’s second-biggest gold buyer — Cooper pointed out, noting that the rupee-gold ratio fell below 30,000 rupees for 10 grams of gold, which could help encourage additional interest.

“To stimulate demand in a period where they're not usually buying will take a much lower price than we've been seeing,” she added.