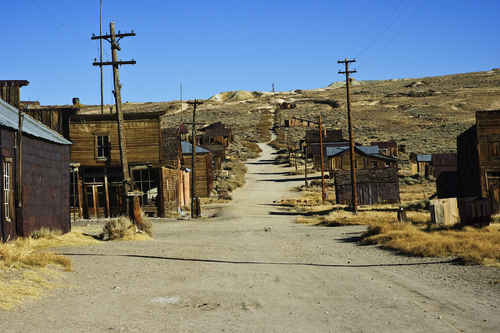 (Kitco News) - An abandoned silver mining town just north of Los Angeles is back on the map after a group of investors purchased a piece of history in the form of 22 buildings for $1.4 million.

The historic town Cerro Gordo — or “fat hill” in Spanish — was first formed more than 150 years ago after silver was discovered there.

The unique property, which was famously known for its quality silver, had more than one offer after going up for sale on June 2 for $925,000.

Some other offers were even higher than the accepted $1.4 million, but the previous owners, who are choosing to remain anonymous, picked Taylor and Underwood because of their promise to respect the heritage of the mining town.

The town has been renovated and currently offers public tours, which will continue as the new owners take over.

“There [are] ... multiple pianos … antiques everywhere … gramophones and ice boxes. And tables that were set. I mean … chandeliers,” said Bier.

While still finalizing plans on what to do with the property, the initial thinking is to turn the town into a corporate retreat center that could be rented out for various events or film shoots.

Silver was first discovered in the area in 1865 by Pablo Flores.

“By 1867, tales of the silver at Cerro Gordo had spread, bringing in flocks of new prospectors,” according to the mining town’s website. “Businessman, Victor Beaudry of nearby Independence, California, was so impressed by the quality of silver being taken out of Cerro Gordo, he opened a store near the mine and soon acquired several mining claims to settle unpaid debts.”

As the mining town grew, lead and ore were also discovered and mined there.